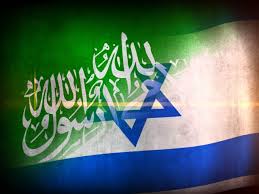 A rocket fired from the Gaza Strip has struck southern Israel in the first such attack since September, the Israeli military reported.

It said air raid sirens were sounded in the Eshkol region bordering the Palestinian territory.

Security forces are searching the area to determine where the rocket landed.

In September a rocket landed on the border fence.

Israel fought a 50-day war this summer with Hamas, the Palestinian militant group that controls Gaza.

Hamas launched thousands of rockets and mortars towards Israel, which carried out an aerial campaign and a ground invasion.

The Gaza war left more than 2,100 Palestinians dead, according to Palestinian and UN officials.

On the Israeli side, 66 soldiers and six civilians were killed.

Meanwhile, clashes erupted between Palestinian protesters and Israeli forces at a West Bank military checkpoint and near the village of Turmus Aya. There were no injuries reported.

The village was the site of a Palestinian-Israeli scuffle earlier this month during which Palestinian Cabinet minister Ziad Abu Ain collapsed. He later died en route to hospital.

Palestinian and Israeli pathologists subsequently disagreed over the cause of Abu Ain’s death. The Palestinian expert said the cause of death was a “blow,” while his Israeli colleague said Abu Ain died of a heart attack.

In other developments, the Israeli military relaxed travel restrictions for Palestinian Christians in the West Bank and Gaza Strip for the Christmas holiday season, saying it granted 700 permits for Gazans to travel to Israel, the West Bank and Jordan.

Israel said it was also allowing West Bank Christians to travel to Israel, permitting 500 of them to visit their families in the Gaza Strip, subject to security checks.

Israel restricts Palestinians in the two territories from entering the country without special permits, citing security concerns. Travel between the territories is also restricted but those bans are usually relaxed for Christians during the holiday season.

The army also said it would expand the working hours at military checkpoints to allow pilgrims from around the world faster access to the West Bank city of Bethlehem during Christmas.