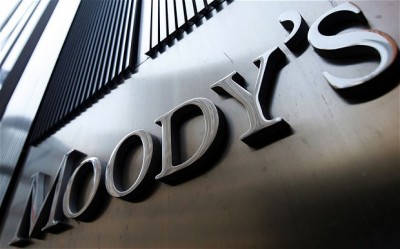 Moody’s Investors Service has downgraded to B2 the long-term deposit ratings of three Lebanese banks: Bank Audi S.A.L., BLOM Bank S.A.L. and Byblos Bank S.A.L., following Tuesday’s the downgrade of Lebanon’s government bond ratings to B2 from B1 (outlook negative).

The rating agency said the downgrades reflect the view that the government’s weakening creditworthiness weighs on the banks’ standalone credit profile given the high credit linkages between their balance sheets and sovereign credit risk, and the government’s reduced capacity to support banks in case of need.

According to Moody’s estimates, the banks’ direct exposure to government credit risk (investments in government securities and central bank certificates of deposits) stood at around 2.5 times tier 1 capital for Bank Audi, 2.6 times for BLOM Bank and 4.4 times for Byblos Bank as of September 2014.

“The high direct exposure to government credit risk, in addition to the primarily Lebanese focus of their operations renders the banks susceptible to event risk at the sovereign level and constrains their baseline credit assessments at the level of the government’s bond rating,” the rating agency said.

Regional geographic diversification ranges from around 10% of assets for Byblos Bank, 23% for BLOM Bank and 45% for Bank Audi, and is not sufficient to offset the risks associated with the banks’ credit linkages to the Lebanese sovereign, it added.

Moody’s estimates that Lebanon’s 2015 government debt will reach close to 140% of GDP and that current debt trends are likely to continue to deteriorate in the next two years through a combination of lower growth and ongoing political paralysis, exacerbated by the spillover effects of the Syrian crisis.

Upward pressure on the banks’ ratings is limited given the negative outlook. However, Moody’s said improvements in the operating environment and in the sovereign’s credit risk profile could prompt a change in the outlook on their ratings to stable.