Israel blasts Switzerland for hosting a summit on occupied Palestine 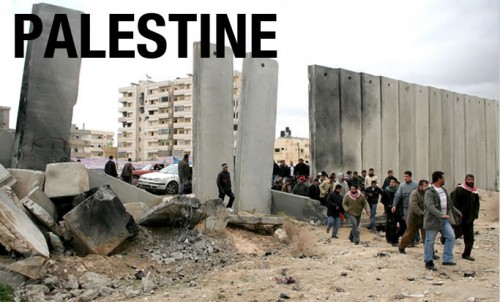 The human rights problems facing Palestinians living under occupation are exceptional in both scope and scale.
Share:

Israel blasted Switzerland for hosting an international conference next week on how rules of war known as the Geneva Conventions apply in the Palestinian territories, charging the move raises doubts about the famous Swiss neutrality.

Israel’s foreign ministry said the summit is a political move with the “sole purpose” to assail Israel.

Swiss foreign ministry spokesman Pierre-Alain Eltschinger defended the summit. He said on Friday that the gathering will discuss respect of “international humanitarian law , especially the Fourth Geneva Convention, in the occupied Palestinian territory, ” which defines humanitarian protections for civilians in a war zone.

Palestinians demand the West Bank and East Jerusalem, areas Israel captured from Jordan in the 1967 war, as part of their future state. Israel says territorial withdrawals along with other core issues like security should be resolved in peace talks.

Israel and the United States are however not expected to attend the December 17th conference .

The conference, long in the works, comes after a senior Palestinian cabinet minister Ziad Abu Ein died in a confrontation with Israeli troops, adding to tensions that have threatened to boil over into another round of violence in the occupied territories.

Despite an expected boycott from Israel and the United States, Swiss President Didier Burkhalter told local media he expected “very large participation” in the conference and that consultations had been ongoing for weeks.

“Our objective is to advance the cause of international humanitarian law,” Burkhalter said.

“Even if Israel and the United States boycott the meeting, the international community must speak on the issue. There is no denigration of Israel planned” from Switzerland, he said.

In calling the meeting, Switzerland is responding to a recommendation from the UN General Assembly at the request of Palestinian authorities.

The assembly passed a resolution in 2009 asking Switzerland to lead consultations on holding such a conference.

The consultations had been suspended since 2011 before being re-launched in July .

Permanent representatives to the UN in Geneva are expected to attend the conference.