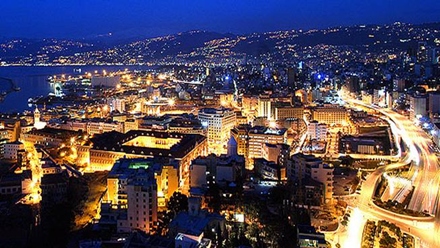 Beirut was among seven cities selected as a “New7Wonders” city, beating out more than 1,000 competitors, the organization’s chief announced Sunday.
Share:
Beirut was selected from over 1,200 cities across the globe as one of seven “New7Wonders”, the organization’s chief announced Sunday. From glowing skylines to a city perched 12,000 feet in the air, these cities are among the seven most incredible urban hubs in the world. In addition to Beirut, Lebanon, the remaining seven are Doha, Qatar; Durban, South Africa; Havana, Cuba; Kuala Lumpur, Malaysia; La Paz, Bolivia; and Vigan, Philippines.

The honor comes courtesy of the New7Wonders Cities – an initiative to identify the top urban centers on Earth – and follows the campaign to find the seven modern wonders of the world as well as the seven natural wonders.

Created by Swiss-born filmmaker, Bernard Weber, the campaign hopes to encourage debate about how cities to respond to challenges of the future.

The campaign passed through several rounds of voting before reaching the election of the top seven cities. Of the 1,200, voters qualified 300 for the second round, before being shortlisted to 77 in the third.

Then a “panel of experts,” which included architects and urbanism scholars, chose 28 to pass through three shortlisting votes before the seven were decided on.

Weber hoped that the voting process, from which 28 cities were whittled down to 7 finalists, would create a ‘forum for discussing everything from urban planning to metropolitan governance, from tourism to architecture.’

This is the third time Weber has set out to find the seven ‘best.’

In 2007, he received over 100 million votes when he asked which seven world wonders were the greatest.

In 2011, he began the hunt for the best natural wonders.

Voting for final seven cities first began in October 2013, when 28 finalists were voted down to 21.

Weber recorded a video to announce the winners (see embedded video below), naming the top seven cities in alphabetic order.

‘We began with more than 1200 nominees from 220 different countries and here have seven cities that represent the global diversity of urban society,’ Weber said.

‘For the first time in human history, more than half of our planet’s population lives in cities and this election emphasizes the dramatically challenging character of our changing world.’