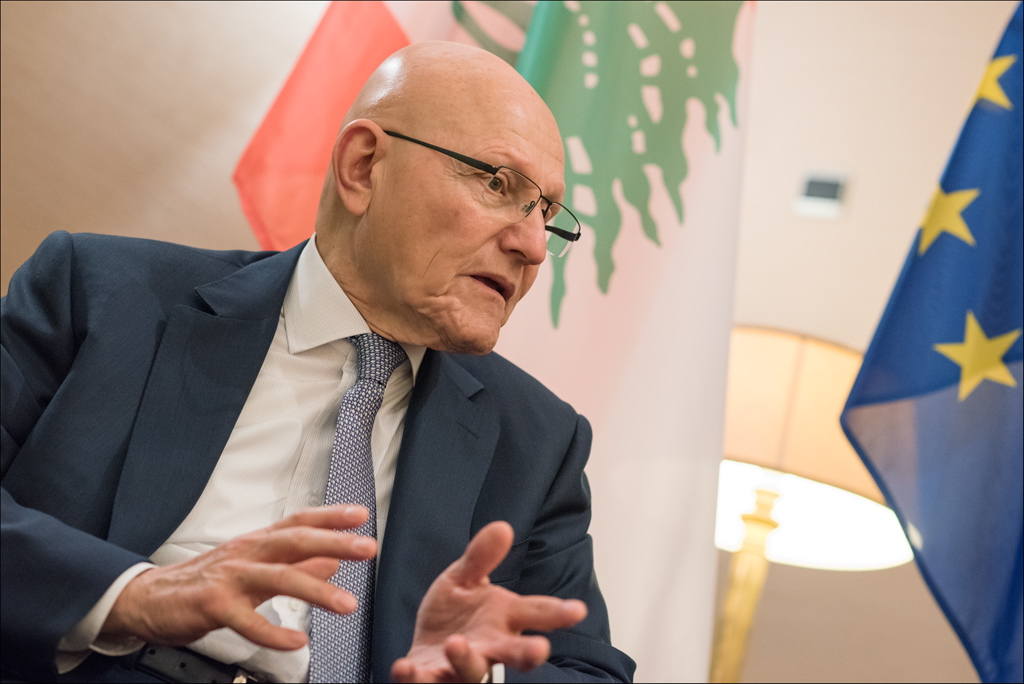 Lebanon, a country of just over four million inhabitants, is struggling to shelter 1.5 million Syrian refugees. “They are sharing our water, electricity, schools and hospitals with us,” said Lebanese prime minister Tammam Salam. “The country was not programmed for this. It was barely programmed to handle its own needs.” Salam was in the European Parliament on 2 December to discuss his country’s most pressing issues, including efforts to deal with the spill-over of the conflict in Syria.

The prime minister was on an official visit to the Parliament in Brussels where he addressed the foreign affairs committee, before meeting EP President Martin Schulz. In an interview with us, Salam discussed the refugee crisis in Lebanon: “We have an unprecedented situation.”

Despite the “historic magnitude” of Lebanon’s refugee crisis, the prime minister stressed that the country had maintained its open borders policy. However, it has decided to review the status of refugees: “We need a lot of moral, material and financial help to be able to sustain this situation.”

Salam is also seeking European assistance in containing the security fallout from Syria’s conflict. He praised the Lebanese army for its efforts to rein in the spill-over of extremism from Syria and reiterated that his government would not be pressured by IS and the Al-Nusra Front who have taken 26 Lebanese soldiers hostage: “They already decapitated two and killed a third. For every soldier, they want five terrorists released from our prisons.”

In terms of creating stability in the Middle East, the prime minister voiced the need for significant assistance from the EU. He also maintained that the key to promoting moderation in the region would be a peace settlement for the Israel-Palestine conflict: “As long as Israel is building new settlements and not helping peace negotiations, we will be breeding more and more extremism in the region.” A vote on Palestinian statehood is due to take place in the European Parliament on 17 December.

While at the Parliament Salam met Schulz, who he described as “very supportive and enthusiastic about helping Lebanon”. He thanked the EU for its assistance in addressing the refugee crisis and for its humanitarian programmes supporting the host communities in Lebanon. “We need more of this all the time,” he said.