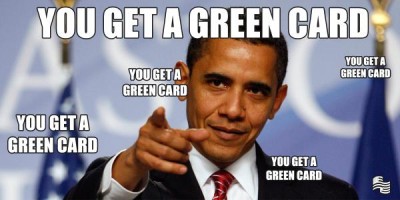 “The net cost — which is total benefits minus total benefits paid in — of the amnesty recipients I estimate will be around $2 trillion over the course of their lifetime,” Rector explained in an interview with Breitbart News Monday. He added that the calculation is based on the assumption that 4 million undocumented immigrants will participate and they will live, on average, 50 years.

According to Rector — who has published extensively on welfare, poverty, and immigration — the cost has two components: The first is the potential to access Social Security and Medicare, given amnestied undocumented immigrants’ ability to obtain work permits and Social Security Numbers.

“What [Obama] is doing is he is putting these 4 million people — who on average have a 10th grade education — into the Social Security and Medicare programs,” Rector said. He used much of the same methodology he incorporated in his May 2013 study on the cost of amnesty to reach his conclusions.

With the expected earnings for an individual with that level of education, he explained that the amnestied immigrants will take vastly more out than they will contribute to those programs.

“Given their expected earnings, from someone that has a 10th grade education, they will draw about three dollars worth of benefits out of those programs over their lifetimes for every dollar they put into them. But the overall cost in outlays will be around a trillion dollars for those programs alone,” Rector explained.

While undocumented immigrants are not eligible for welfare dollars, Rector says he expects that within about a dozen years either through legislation or executive action the amnestied immigrants will be able to access welfare programs.

As a stop-gap — should there be no legislation or executive action granting the amnestied illegal immigrants welfare access — Rector noted that once the citizen children of amnestied immigrants hit age 21 they could be able to petition to have their parents obtain green cards without leaving the country.

“After 5 years with a green card status they are eligible for all the welfare programs,” he added.

“Even if they are waiting 10 or 12 years to get access to these programs, that is still a trillion dollar cost once they begin to get into them,” Rector said.

The Heritage expert explained that on average in the U.S., households headed by an individual without a high school diploma take in about $50,000 in federal, state, and local government benefits.

“The bottom line to understand this is you are taking 4 million people with a 10th grade education and giving them access to the largest entitlement and welfare system in the globe,” he said. Rector added that his findings are expected to be published at the Heritage Foundation in the coming days.