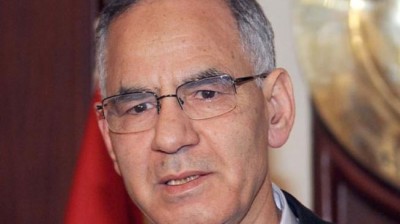 The last remaining senior leader of the Muslim Brotherhood who was not in prison was arrested on Thursday by the Egyptian police, closing off the government’s main channel of communication with the group.

The leader, Mohamed Ali Bishr, is considered a moderate within the Brotherhood, Egypt’s main Islamist organization and the sponsor of the political party that won the most votes in Egypt’s free elections. President Mohamed Morsi, who won office with Brotherhood backing, was ousted when the military retook power in 2013.

The new government has pursued a sweeping crackdown on the Brotherhood, jailing thousands of its supporters and virtually all of its senior leaders, including Mr. Morsi. Mr. Bishr was, until Thursday, the only prominent exception.

Egyptian security officials said that Mr. Bishr had been arrested on suspicion of offenses including incitement to violence and calling for unauthorized street protests. His lawyer, Abdel Moneim Abdel Maqsood, said prosecutors had not presented formal charges. “We won’t know them until he stands in front of the prosecution,” Mr. Maqsood said.