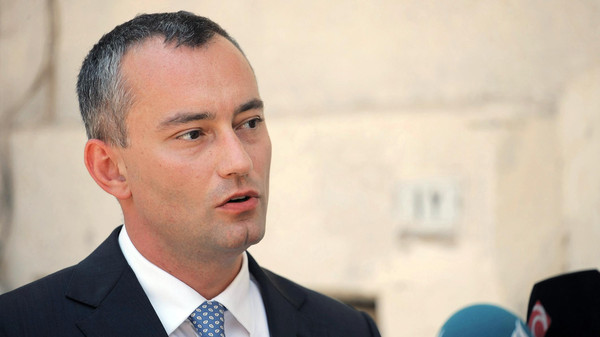 Iraqi Prime Minister Haidar al-Abadi has made it a priority to pay salaries, arm and train fighters from local tribes and communities and provide legal guarantees for volunteers, envoy Nickolay Mladenov said.

“This strategy is bearing fruit,” Mladenov told the 15-member council.

“Communities are beginning to push back.”

The massacre by the Islamic State of Iraq and Syria (ISIS) militant group of 322 members of the Albu Nimr tribe spurred cooperation with the government in its campaign to defeat the militants, he said.

Mladenov called on all militia groups who are not aligned with the Islamist militants to enter talks with Baghdad on resolving differences and joining the government’s anti-Islamist campaign.

Also Tuesday, U.N. human rights chief Zeid Ra’ad al-Hussein called for a campaign led by Muslims to undermine the ideology of ISIS, saying this may ultimately be more effective than air strikes.

Hussein, the first U.N. human rights chief from the Muslim and Arab world, told the U.N. Security Council that by calling for a “caliphate,” or Islamic state, the group was exploiting “a general yearning” shared by many Muslims the world over.

But he stressed that many Muslims are opposed to the terrorist group for the crimes it has committed in enforcing its ideology, which likely amount to genocide, crimes against humanity and war crimes.
A U.S.-led coalition has been carrying out air strikes against ISIS in Iraq and Syria but Zeid questioned “whether it is possible to bomb an ideology like this into submission.”

Zeid implored the Security Council to support efforts to overturn ISIS’ “ideology of violence and death, for the sake of the rights of all in Iraq.” He also urged the new Iraqi government to join the International Criminal Court so ISIS’ leaders can be prosecuted.

Prime Minister Abadi took office in September as Iraq was in the throes of a fierce offensive by ISIS fighters who seized large swathes of territory and brought the country to the brink of collapse.

His government last week reached a deal with Iraq’s Kurdish region on oil exports that was seen as a boost to national unity.

The self-administered Kurdish region’s Peshmerga fighters are on the frontlines in the battle against the ISIS fighters.

Under the cover of U.S.-led airstrikes, government forces scored one of their most significant victories last week when they recaptured Beiji.

The town was the largest to be retaken since the ISIS offensive began in June.

At least 10,000 civilians have been killed and almost 20,000 wounded in Iraq this year, while nearly 1.9 million people have been displaced, Mladenov said.

“These are devastating times for the country,” he said.

U.N. humanitarian chief Valerie Amos told the Security Council that humanitarian conditions in Iraq continue to deteriorate with 5.2 million people in need of assistance and more than 2 million displaced from their homes including over 200,000 in the last 10 weeks.

While ISIS is responsible for the majority of atrocities, she said armed groups including militias affiliated with the government “continue to carry out brutal acts of violence against civilians.”