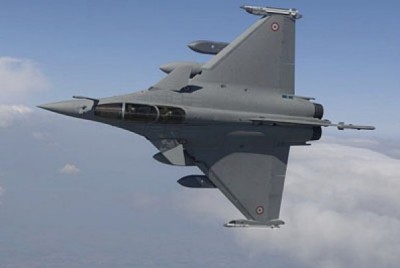 Jean-Yves Le Drian announced the reinforcements in comments to the French parliament.

The French Defense Ministry says there are 12 French aircraft already in the region helping carry out airstrikes against the Islamic State group in Iraq.

Le Drian says six Mirage jets would join the force, which on Monday carried out airstrikes against targets around Kirkuk.

Also on Wednesday, French Prime Minister Manuel Valls said that “close to 50” French citizens have been killed fighting alongside militants in Syria, according to Agence France-Presse.

A government source told AFP the precise number, as of Monday, was estimated at 49.

“We know the number of French nationals, more than a thousand, who are involved in this phenomenon,” Valls said after a security meeting in Beauvais, north of Paris.

“We know the number of French who have died in Syria, close to 50, so we know the dangers and, sadly, we are not surprised to learn that French citizens or residents of France are found at the heart of these cells and taking part in this barbarity,” he added.

“This strengthens our determination to fight against terrorism,” Valls said.