It will be a disaster if the Lebanese knew what they are eating , says Health minister 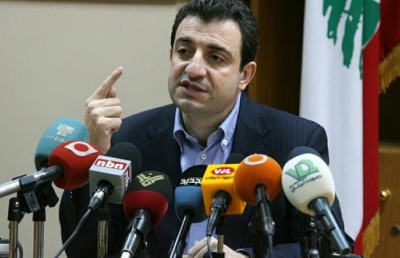 Beirut, Lebanon-  The list reads like a who’s who of Lebanese eateries – Hawa Chicken, Spinneys, Roadster Diner and dozens of others – but this was no recognition of Lebanon’s famed cuisine: Tuesday afternoon

“The Lebanese citizen’s food is not only dipped with sweat, but also in diseases and microbes,”  Lebanese  Health Minister Wael Abu Faour said during a news conference at his ministry on Tuesday . “The Lebanese does not know what he eats, and it will be a disaster if he knows.”

Abou Faour  revealed that numerous supermarkets, bakeries, butchers and restaurants had been violating food safety standards, according to the results of the inspection campaign done by the ministry over the last 20 days.

Among the famous supermarkets that were named by Abu Faour were Fahed Supermaket in Jounieh, Hawa Chicken, Spinneys in Jbeil, Abou Khalil in Damour, Metro in Baaba, MP in Aley and TSC Mega in the Metn area.

Other notable places mentioned were Roadster Diner for chicken breasts, Bedo for sausages, Makaneq for soujok, and Al-Hallab sweets shop in Tripoli for Ashta.

“The purpose is not to distort the image of any companies,” Abu Faour repeated several times during the conference. “But we have a responsibility toward the citizens.”

The two places with the worst records so far were the Tanmiya food retailer and An-Natour Butcher Shop.

The first, which produces many meat and chicken products and is especially famous for cold cuts, has been advancing the production dates printed on their products for three months, which deludes the consumers into thinking they are eating fresh products, according to the minister.

As for An-Natour butcher, which had been previously closed by the government for importing and distributing expired and diseased meat, the owners seemed to have not learned the lesson.

“We found that they are using expired Brazilian meat,” Abu Faour said, stressing that such grave violations would not be tolerated.

Other, “less severe” violations included stacking meat in rusty containers, opening toilet doors to the kitchen, putting food next to garbage, using rusty, old and unclean knives, not wearing gloves while working in food and using frying oils for months.

The minister also revealed that the remains of human waste were found in some cases, though he did not identify the establishments.

The inspections have not yet reached Beirut, but Abu Faour said the results for the capital would come out Thursday, promising to take the necessary legal measures against the companies and the ministry’s employees who had not been doing their duty.