The Shooter: The man who shot Osama bin Laden 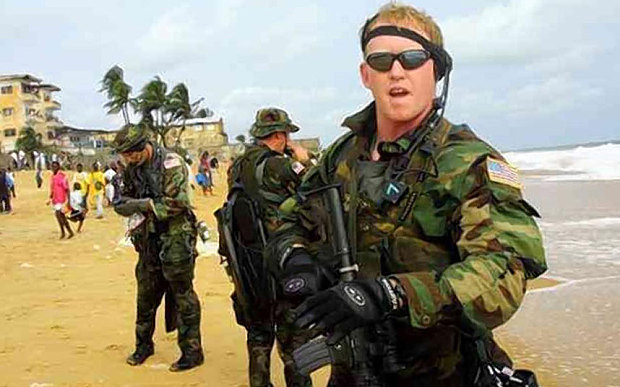 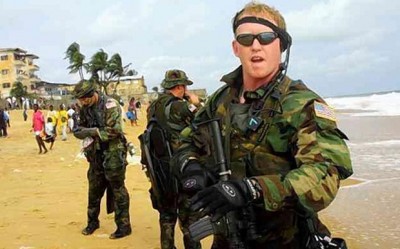 For all of his professional life, Rob O’Neill lived in the shadows.

Indeed, his job was not to be seen. He would stalk Taliban leaders in Afghanistan, and hunt down targets in Iraq. On over 400 different missions, his role was behind-the-scenes tracking and co-ordination of operations.

His exploits were turned into three Hollywood films – yet still his identity remained a secret.

But he has now thrust himself firmly into the spotlight, with his decision to reveal that he was in fact the man who pulled the trigger and shot dead Osama bin Laden.

Breaking the Navy SEALs’ code of secrecy, Mr O’Neill has given an interview to Fox News in which he describes the events of May 2011. He had spoken previously, once giving an interview to Esquire magazine, but in that report he was only referred to as “The Shooter”.

And his decision to speak out has already angered military commanders, who have written a letter to all SEALs reminding them of their pledge to shun publicity.

“A critical tenant of our ethos is ‘I do not advertise the nature of my work, nor seek recognition for my actions,'” wrote Rear Admiral Brian Losey, head of NSWC, and Michael Magaraci, the force master chief.

O’Neill has left the SEALs and become a motivational speaker – but in military eyes, that does not release him from his vows.

“Our ethos is a lifelong commitment and obligation, both in and out of the service. Violators of our ethos are neither team-mates in good standing, nor team-mates who represent Naval Special Warfare,” his former bosses wrote.

Mr O’Neill was aware of the condemnation he would face – a colleague, Matthew Bissonnette, wrote a book about the raid under a pseudonym, but his real identity leaked out and he has since found himself a social pariah.

But he went ahead anyway. Having left the force after 16 years, instead of the standard 20, Mr O’Neill was angered at his reduced pension and health care benefits and so decided to speak out.

His career began when he walked into a recruitment centre in his hometown of Butte, in Montana – he has said he signed up because he was left distraught by a girlfriend dumping him, while his father said it was because he had met a former SEAL who inspired him.

His father, Tom, still lives in the town – in a single-storey house where the garage is filled with stuffed moose, elk and bears from their childhood shooting trips. A full stuffed kodiak bear – a large brown bear, found in Alaska – has pride of place in his living room.

“My ex-wife gave birth to a man. We shouldn’t be cowering in fear,” said Tom O’Neill, when asked by the Mail Online if he was concerned about his son’s decision to speak publicly. “I support him in everything he is doing.”

Indeed, Tom O’Neill had every right to be immensly proud of his son.

Rob O’Neill advanced through the ranks to become one of the most senior of Navy SEALS.

In Afghanistan, in 2005, he oversaw an operation to track down and hunt a senior Taliban commander. That mission, entitled Operation Red Wings, was intended to capture Ahmad Shah, but went terribly wrong.

Three of the four SEALs were killed and a helicopter sent in for their aid was shot down with a rocket-propelled grenade, killing all eight SEALs and all eight special forces soldiers on board. Mr O’Neill was part of the team that helped bring the surviving soldier, Marcus Luttrell, back – in an operation turned into the film Lone Survivor, starring Mark Wahlberg.

In April 2009, when the captain of the Maersk Alabama ship was taken hostage by Somali pirates, O’Neill led the SEAL team to rescue him – being the first person to jump from the helicopter onto the floundering ship. That rescue was made into the film Captain Phillips, starring Tom Hanks.

And, of course, then came the May 2011 raid on the Abbottabad compound – which became the film Zero Dark Thirty.

On leaving the force, O’Neill became a motivational speaker – describing himself as “one of the quiet professionals performing the most difficult tasks in the most difficult circumstances, serving his remarkable career in the shadows and keeping America safe in the process.”

He is no longer the man in the shadows.