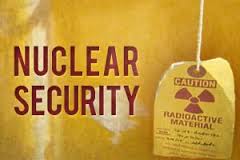 Russia has failed to show up at meeting planning the 2016 Nuclear Security Summit, U.S and European officials said Monday, in a potentially serious blow to efforts by President Barack Obama to cement his legacy as leaving the world safer from nuclear terrorism than when he took office.

The officials said it was not immediately clear whether Russia’s absence meant that Moscow meant to boycott the summit itself or if it was a temporary show of displeasure over Washington’s harsh condemnation of Moscow’s role in Ukraine unrest and its lead in orchestrating Western sanctions and other punitive measures in response.

But even if short-term,, Russia’s no-show is significant. Only three or four planning meetings are scheduled before the spring of 2016, when the summit is tentatively set to open. With Russia a key global player — and one of the world’s five formally recognized nuclear powers — its input is crucial to setting an agenda.

The U.S. president initiated a string of summits in 2010 aimed at preventing terrorists from getting their hands on weapons-grade nuclear material. Since then, the number of countries that have enough material to build a nuclear weapon has fallen from 39 to 25.

At the same time, there were setbacks. Russia was notably absent from the 35-nation agreement, along with China, India and Pakistan, all nations with nuclear weapons.

The officials, who demanded anonymity because their information was confidential, said that with the exception of Russia, all of the 54 countries that participated in this year’s March summit attended the preparatory meeting in Washington.

Patrick Ventrell, a spokesman for the National Security Council at the White House said the U.S. regretted the Russian decision not to attend.

“As far as the U.S. is concerned, the door remains open to their joining future such meetings,” he told The Associated Press. Asked if the Russian absence meant a boycott of the summit, Ventrell said “you would have to ask them.”

Moscow’s absence from the next summit would clearly encourage other nations skeptical of the U.S. initiative to resist more international oversight of their nuclear facilities. But nuclear analyst Kenneth Luongo said that even if Moscow shows up in 2016, its boycott of planning meetings “sends a terrible signal and reflects horribly on the Russian priorities.”

“The Russians, besides the United States, are the biggest possessor of nuclear material so if they are not involved in this, it sends a terrible signal about their prioritization.” Said Luongo, who heads the Washington-based Partnership for Global Security. “And it sends a terrible signal about the 20-plus year cooperation between the United States and Russia on this agenda.”

At the last summit this year in The Hague, 35 countries pledged to turn international guidelines on nuclear security into national laws and open up their procedures for protecting nuclear installations to independent scrutiny. The summit also featured new reduction commitments, with Japan, Italy and Belgium agreeing to cut their stocks of highly enriched uranium and plutonium.

Luongo, a former senior adviser to the secretary of energy for nonproliferation policy and a past director of the Office of Arms Control and Nonproliferation at the U.S. Department of Energy, said a chance to diminish the likelihood of nuclear terrorism was too important to be used as a political football.

Besides having a huge stockpile of nuclear material, Russia’s “southern border is honeycombed with Islamic radicals,” he said. “So this is not the issue on which to play petty politics.”