Erdogan ‘pulled a Putin’, he is Turkey’s paramount leader 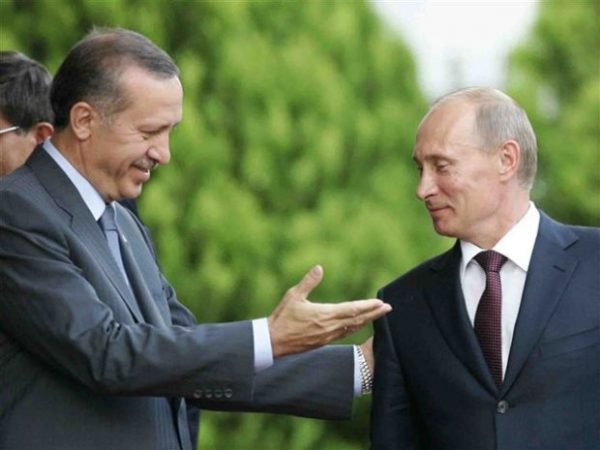 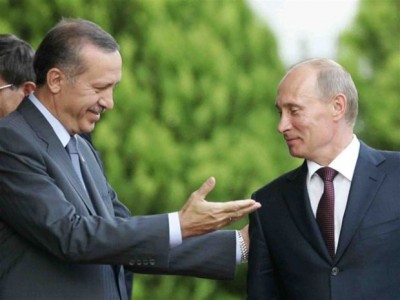 ANKARA, Turkey — Sprawling over nearly 50 acres of forest land that was once the private estate of Turkey’s founding father, Mustafa Kemal Ataturk, a new presidential compound has nearly 1,000 rooms, an underground tunnel system and the latest in anti-espionage technology. It is larger than the White House, the Kremlin and Buckingham Palace.

Then there is a new high-tech presidential jet (estimated price, $200 million), not to mention the new presidential office in a restored Ottoman-era mansion overlooking the Bosporus, all of which have been acquired to serve the outsized ambitions of one man: President Recep Tayyip Erdogan.

Mr. Erdogan has been in power for more than a decade, an Islamist politician and prime minister who was often touted as a role model in the Muslim world for having reconciled his faith with democracy. But these days Mr. Erdogan stands for something quite different, having essentially pulled a Putin. Like Russia’s president, Vladimir V. Putin, it does not matter which position he holds: He is his nation’s paramount leader.

“He really has both offices, in a lot of ways,” said Steven A. Cook, a Turkey expert and fellow at the Council on Foreign Relations, referring to Mr. Erdogan.

At the beginning of the year, none of this was assured. Still reeling from the sweeping antigovernment demonstrations of the summer of 2013, Mr. Erdogan was confronted with a wide-ranging corruption scandal that targeted him and his inner circle, prompting many analysts to predict the demise of his government.

Instead, he has used his conflict with Washington and his political enemies as a force to help consolidate power, as he continues to carry out the duties associated with the prime minister. He has rallied his conservative base behind his religiously infused agenda, clashing with United States policy for confronting Islamic State militants, while also blaming foreign interference for the growing catalog of crises he faces. As Turkey’s challenges have magnified — fighting on its border with Syria, strained relations with its NATO allies, pressure on the economy — Mr. Erdogan’s authority has grown only stronger.

In a recent speech, Mr. Erdogan offered an assessment appealing to his religious Sunni Muslim base — and echoed by militants with the Islamic State — that the Middle East crisis stems from the actions of the British and French after World War I, and the borders drawn between Iraq and Syria under the Sykes-Picot pact. Mr. Erdogan invoked Sykes-Picot saying, “each conflict in this region has been designed a century ago.” He suggested a new plot was underway, and that “journalists, religious men, writers and terrorists” were the collective reincarnation of T.E. Lawrence, the British diplomat and spy immortalized in the movie “Lawrence of Arabia.”

“It is our duty to explain to the world that there are modern Lawrences who were fooled by a terror organization,” he said, without saying exactly whom he was talking about.
Ahmet Davutoglu, the former foreign minister, is Turkey’s prime minister. But Mr. Erdogan is the one on the phone with President Obama discussing Turkey’s role in combating the Islamic State while the White House has to remind American diplomats to also include Mr. Davutoglu in discussions between the two countries.

Turkey’s continued refusal to allow the United States to use its bases for airstrikes against the Islamic State’s forces in Syria and Iraq — and insistence that the coalition target the government of President Bashar al-Assad of Syria — has laid bare deep divisions between the two countries that have prompted analysts to question Turkey’s reliability as an ally, and some have even suggested that Turkey be expelled from NATO.

The relationship with Washington has long been uneasy. In 2003, Turkey denied the United States the use of its territory to invade Iraq. In 2010, the Turks infuriated Washington by voting against United Nations sanctions on Iran for its nuclear program, and by working with Brazil to broker a proposed deal with Iran.

Early in his career, as mayor of Istanbul, Mr. Erdogan was jailed for reciting an Islamic poem in public. In his early years as prime minister, with the Turkish military still safeguarding the country’s secular order, he kept in check his desire for a greater role for religion in public life, while pushing for membership in the European Union, a pursuit that is now stalled.

In more recent years, with the military having been neutered through a series of sensational trials, he has become a more overtly Islamist leader. In the wake of the Arab Spring uprisings, Turkey sought to play a greater role in shaping regional affairs, supporting Islamist movements, such as the Muslim Brotherhood, which was voted into power in Egypt, and then ousted, dealing a painful blow to Turkey’s ambitions.

Mr. Erdogan has partly consolidated his power by purging thousands of police officers, prosecutors and judges who he believed were behind the corruption probe. He accused those people of being followers of the Muslim preacher Fethullah Gulen, who lives in self-imposed exile in Pennsylvania and who once was an important ally to Mr. Erdogan. His victory over Mr. Gulen in the power struggle that ensued has largely erased a moderate, Western-leaning Islamic voice from the Turkish governing elite, even as many experts say that Mr. Gulen’s followers had taken on an unhealthy influence in the police and judiciary.

“For Tayyip Erdogan, like the Muslim Brotherhood and Muslim movements everywhere, the problems of the Muslim world are because of the West,” said Rusen Cakir, a scholar of Islamist movements who lives in Istanbul.

For Mr. Gulen, he said, “the problems for the Muslim world are because of Muslims themselves.”

This trajectory away from the West has been crystallized in the continuing debate over Turkey’s role in combating the Islamic State.
Suat Kiniklioglu, a former lawmaker with Mr. Erdogan’s party who is now an outspoken critic, said the speech referring to Sykes-Picot demonstrated “how much Erdogan detests Western powers operating in the region.”

Omer Taspinar, a scholar on Turkey at the Brookings Institution, said: “The Lawrence of Arabia speech was a part of this act — to show how the borders of the Middle East were drawn up by imperialists and how we are face to face with a new Western agenda.”

This deep-seated view that the problems of the Middle East can be explained by Western actions over the past century, combined with a measure of ambivalence among Turkish religious conservatives who form the core of his constituency about joining the West in a fight against Sunnis, help explain Mr. Erdogan’s reluctance to take a stronger role in the United States-led military coalition.

A recent essay by Pankaj Mishra, an Indian intellectual, in The Guardian newspaper about the demise of Western civilization as a model for the developing world has been widely circulated. The article’s argument about Western decline has been embraced here, even though the piece is sharply critical of Turkey. It places Turkey among a group of countries — including Russia, under Mr. Putin, and India, under its new prime minister, Narendra Modi — that have combined economic improvement, democratic elections and increasingly authoritarian leadership.

The new palace, originally intended for the prime minister until Mr. Erdogan was elected president and decided he would move in, has become a potent symbol for his many critics. The construction, still continuing in a forest that is protected land, has occurred despite rulings by several courts that the development was illegal.

In characteristic fashion, Mr. Erdogan challenged the authorities early this year, saying, “If you have the power and courage, then come and demolish the building.”

They did not, and Mr. Erdogan and his family will soon take up residence there.