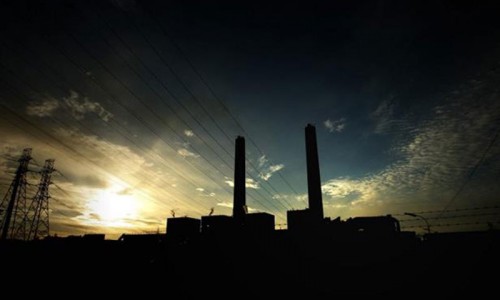 Bangladesh was hit on Saturday by a major power outage that brought much of normal life to a standstill, forced hospitals and garment factories to rely on back-up generators and even plunged the prime minister’s official residence into darkness.

Poor and densely populated, Bangladesh struggles to provide power supplies to its 160 million people and its industries, including garment manufacturers, whose output account for 80 percent of the south Asian nation’s exports.

Anwarul Alam Chowdhury, a leading garment exporter said he had managed to run his factory for 2-3 hours after the blackout hit around midday because he had a generator, but he had to send workers home after that.

“This is a big slap for my business,” he said, adding that many other factory owners had also closed down for the day.

Saiful said it was not clear what triggered the blackout, but local media reported that it was due to the failure of a transmission line transporting electricity from India to its northeastern neighbour.

Although it exports electricity to Bangladesh, India has a power crisis itself: in the summer of 2012 hundreds of millions were cut off there in one of the world’s worst blackouts.

R.P. Sasmal, operations head at India’s Power Grid Corp said there were no problems on that side of the border.

“Our lines are healthy. There are two … transmission lines. One line is still connected, for the other line we received trip command from the Bangladesh substation … Tripping happens automatically, this is one of the safety features.”

A Bangladesh government minister said normal power supplies should be restored by the end of the day, but Saiful said it was not possible to say when the problem would be resolved.

Generators kicked in at the airport and main hospital of the capital, Dhaka, but many businesses struggled without power.

“I can’t run my shop without power and no one seems to care,” said Mohammad Ripon, who had lit a kerosene lamp in his small Dhaka grocery store. “It has been about eight hours now and still there is no word on when the power will come back.”