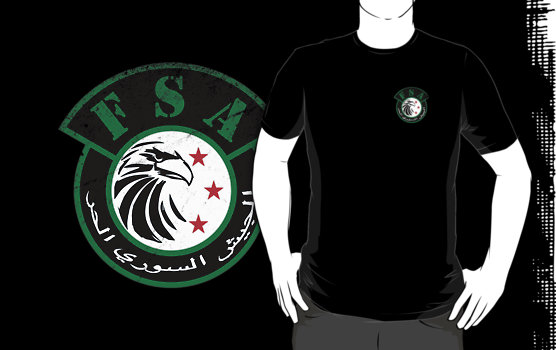 The United States does not expect Syrian rebels it plans to train to fight Islamic State militants to also take on President Bashar al-Assad’s forces, but sees them as a crucial part of a political solution to end the war, a senior U.S. official said.

The United States, which is leading an international coalition bombing Islamic State in Syria, has said it wants to train and equip “moderate” rebels to fight the militant group which has seized tracts of land in Syria and neighboring Iraq.

“No. What we would like to see is for the FSA and the forces that we will ultimately generate, train and equip to become the credible force that the Assad government ultimately has to acknowledge and recognize.”

“There is not going to be a military solution here,” he added, in comments published at the weekend on the newspaper’s English language website.

The Free Syrian Army is a term used to describe dozens of armed groups fighting to overthrow Assad but with little or no central command. They have been widely outgunned by Islamist insurgents such as Islamic State.

Rebel fighters have voiced frustration with the U.S.-led approach to fighting Islamic State. They say Washington and its Arab allies are too focused on quashing the militant group at the expense of confronting Syrian government forces, which many rebels still see as the ultimate enemy.

The Syrian air force has ramped up its own bombing campaign on insurgent-held areas since the U.S-led air strikes began last month, increasing rebel fears that the government is profiting from the distraction of the coalition campaign.

Allen said there was a need to build up the credibility of the moderate Syrian opposition at a political level, adding that it was normal for rebel forces to clash with the Syrian military as they seek to defend their territory and families.

“But the intent is not to create a field force to liberate Damascus — that is not the intent,” Allen, a retired U.S. general, told the newspaper.

U.S. President Barack Obama said last month he wanted to train and equip Free Syrian Army rebels to “strengthen the opposition as the best counterweight to the extremists” and to prevent U.S. troops from being dragged into another ground war.

“The outcome that we seek in Syria is akin to the (anti-Islamic State) strategy that fits into a much larger regional strategy and that outcome is a political outcome that does not include Assad,” Allen said.

The United Nations says more than 191,000 people have been killed since the start of the Syrian uprising against Assad’s rule in 2011. Rights groups say the actual figure is higher.