There’s a problem within Islam: Zakaria 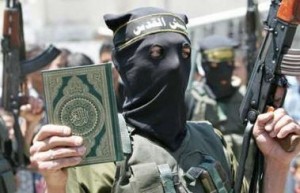 When the news flashed last week that a man had shot and killed a Canadian soldier in front of the National War Memorial in Canada, what most people were wondering — but not saying out loud — was, “Is it another radical Muslim?”

And it was. As was Martin Rouleau Couture, the man who ran over two Canadian soldiers in Quebec. As was Zale Thompson, who attacked four police officers in Queens, New York, also last week. It’s why I have said before — we have to be honest, there is a problem in the world of Islam today.

Some people have found in it an ideology of opposition and violence against the modern and Western world. The three jihadis who burst onto the news last week represent that ugly phenomenon. But let’s dip deeper into these three people to understand what moved them to become terrorists.

None of them was born and brought up a religious Muslim. A profile of Michael Zehaf-Bibeau in The New York Times suggests someone who went from a life of partying as a 16-year-old to repeated arrests for drug possession and stealing a credit card. He was once sentenced to prison for two years for possessing a weapon in a robbery. In the Times article, one of the counselors at a Salvation Army shelter described his battles with addiction thus: “He was doing heroin to take the edge off crack.”

Amidst this turmoil, the Times says, he converted to Islam, got radicalized, sought to go to Syria to fight in the jihad and finally ended up trying to wage his own version of it in Ottawa and died after killing a soldier.

The man who ran over the soldiers in Canada last week reportedly converted to Islam only a year ago.

The New York Police Department says the man who attacked its officers with a hatchet, also clearly disturbed, converted to Islam two years ago.

These are not people steeped in Islam — people for whom the religion has shaped their worldview over decades, people who were motivated by their immersion in the religion.

On the contrary, these were unstable young men, prone toward radicalism and violence. They were searching for an ideology that would fit their disturbed worldview, and in the radical and jihadi interpretations of Islam, they found it.

It is always worth remembering that these people represent a tiny minority. After all, think of it this way: Terror groups such as Islamic State of Iraq and Syria and al Qaeda have been calling on Muslims to engage in terrorism in Western cities for over 10 years now. But of the some 1.6 billion Muslims worldwide, the number who have responded to these calls is a small, small, small percentage.

If all Muslims were radicals, we would have more than three to worry about last week.

And yet, there is a problem within Islam.

It is not enough for Muslims to point out that these people do not represent the religion. They don’t. But Muslims need to take more active measures to protest these heinous acts.

They also need to make sure that Muslim countries and societies do not in any way condone extremism, anti-modern attitudes and intolerance towards other faiths.

Muslims are right to complain that there is anti-Muslim bigotry out there. But they would have a more persuasive case if they took on some of the bigotry within the world of Islam as well.