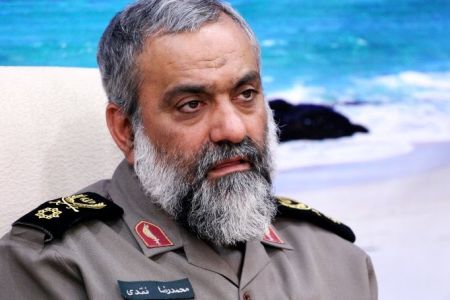 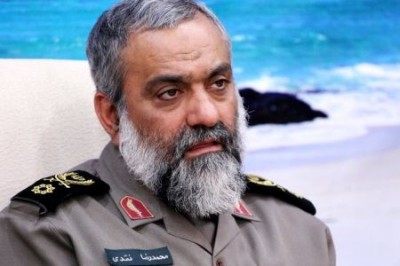 Iranian leaders threatened “to turn Saudi Arabia into hell,” over the last few days in response to a decision by a Saudi court to sentence the Shi’ite cleric Sheikh Nimr Baqir al-Nimr to death. A day later Iran carried out a wave of arrests against Sunni clerics.

The tit-for-tat exchange comes as the West scrutinizes Tehran’s involvement in the Syrian and Iraqi arenas.

Al-Nimr was found guilty a week ago of seeking “foreign meddling” in Saudi Arabia, disobeying its rulers and taking up arms against the Saudi security forces. Al-Nimr was a vocal supporter of the mass anti-government protests that erupted in eastern Saudi Arabia three years ago.

Commander of Iran’s Basij force Brigadier-General Mohammad Reza Naqdi (pictured) threatened revenge if the Saudis execute the cleric, “If the Al-Saud commits such a crime against Ayatollah Sheikh al-Nimr, its move will not remain unanswered and Muslims will change this world to a hell for them.”

Moreover, according to some Arabic reports, a wide campaign of arrests against Sunni clerics in Iran was launched by Iranian Revolutionary Guards.

The recent developments in relations between Iran and Saudi Arabia are in sharp contrast to reports from various media outlets about a recent rapprochement between the two countries, based on the desire for a common struggle against the Sunni extremist organization ISIS. In fact, on Friday, an Iran official accused Riyadh of creating ISIS. The Iranian IRNA news agency reported

Tehran Substitute Friday Prayers Leader Seyyed Ahmad Khatami criticized Saudi officials for supporting extremist groups in the region… He blamed Riyadh for advocating the terrorist group of Islamic State of Iraq and the Levant (ISIL) and its failed attempts to topple legal governments of Syria and Iraq.