Captured Hezbollah fighter says his party is leaving wounded behind 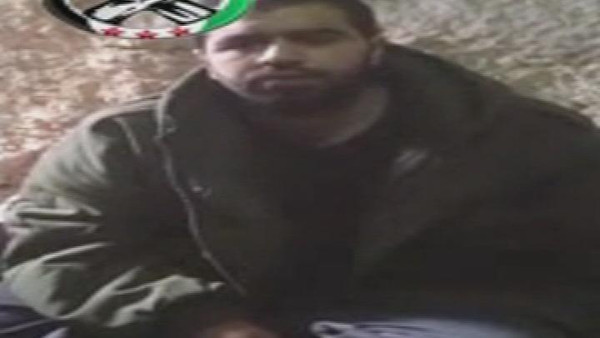 The man, identified as Imad Iad, says he is a member of Hezbollah who was sent to Syria to fight alongside Bashar al-Assad’s forces.(Al Arabiya)
Share:
Syrian opposition media published Thursday a video showing a purported fighter of Lebanese Shiite group Hezbollah after he was captured by the Free Syrian Army (FSA) while in combat at a southern Syrian town.

The man, identified as Imad Iad, says he is a member of Hezbollah who was sent to Syria to fight alongside Bashar al-Assad’s forces.

He said he was in charge of “protecting a position” in the Syrian-Lebanese border town of Assal al-Ward alongside four Syrians and 2 other Lebanese fighters. The Syrian soldiers, he said, were taking orders from Hezbollah commanders.

Hezbollah deployed 200 fighters in Assal al-Ward, a town in southern Syrian along the border with Lebanon, the man told his captors.

Sending a message to Hezbollah leader Hassan Nasrallah, he said: “Those in charge of us leave us behind when we are wounded.”

He said he was at the hand of the Free Syrian army. “They are treating me well,” he added.

In a message to his father, the man said: “If someone from the FSA calls you, answer their demands.”

Hezbollah last week lost at least 10 soldiers in of the group’s biggest losses since it became involved in the Syrian civil war.