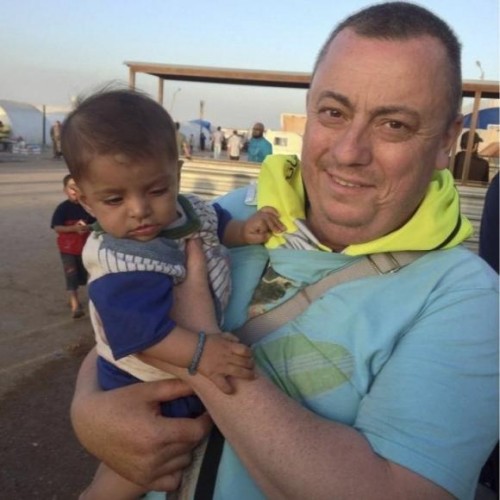 An undated family handout photo of British aid worker Alan Henning taken at a refugee camp on the Turkish-Syria border. REUTERS/Henning family handout via the British Foreign and Commonwealth Office/Handout via Reuters
Share: 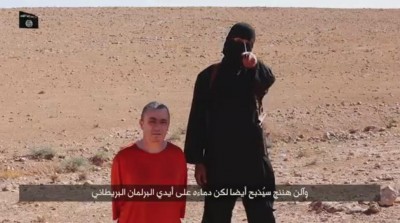 Islamic State militants fighting in Iraq and Syria posted a video on Friday that appeared to show the beheading of British aid worker Alan Henning, triggering condemnation by the British and U.S. governments.

The footage on YouTube, highlighted on pro-Islamic State Twitter feeds, showed a bearded man in an orange jumpsuit kneeling next to a black-clad man in arid scrubland, similar to past Islamic State beheading videos of two Americans and a Briton.

“Because of our parliament’s decision to attack the Islamic State, I, as a member of the British public, will now pay the price for that decision,” the kneeling man says.

A male voice with a British accent says, “The blood of David Haines was on your hands Cameron,” in a reference to Britain’s prime minister. “Alan Henning will also be slaughtered, but his blood is on the hands of the British parliament.”

Henning, a 47-year-old taxi driver from Salford in northern England, was part of an aid convoy taking medical supplies to a hospital in northwest Syria in December last year when it was stopped by gunmen and he was abducted.

U.S. officials said they had no reason to doubt the authenticity of the video, titled “Another Message to America and its Allies.”

“Standing together with our U.K. friends and allies, we will work to bring the perpetrators of Alan’s murder – as well as the murders of Jim Foley, Steven Sotloff and David Haines – to justice,” Obama said, referring to other captives killed by Islamic State militants.

Near the end of the one-minute, 11-second video, the man in black introduces another hostage identified as American Peter Edward Kassig. His parents later issued a statement confirming their 26-year-old son had been taken captive while doing humanitarian work in Syria.

“We ask everyone around the world to pray for the Henning family, for our son, and for the release of all innocent people being held hostage in the Middle East and around the globe,” Ed and Paula Kassig of Indianapolis, Indiana said in the statement.

Kassig had served in the U.S. Army during the Iraq war before being medically discharged, the family said. Pentagon records show he spent a year in the army as a Ranger and was deployed to Iraq from April to July 2007.

After leaving the army, Kassig became an emergency medical technician and travelled to Lebanon in May 2012, volunteering in hospitals and treating Palestinian refugees and those fleeing Syria’s nearly four-year civil war, the family added.

While in captivity in Syria, he converted to Islam and took the name Abdul Rahman, a family spokeswoman said.

The beheading of Henning would mark the fourth such killing of a Westerner by Islamic State, which has faced air strikes by U.S., British, French and Arab fighter jets since seizing swaths of Iraq and Syria in waves of sectarian violence.

“If true, this is a further disgusting murder,” a British Foreign Office spokesman said. “We are offering the family every support possible; they ask to be left alone at this time.”

Britain, a close U.S. ally, recently announced it was joining a U.S.-led air assault against the Sunni militant group’s targets in Iraq, after weeks of weighing its options. 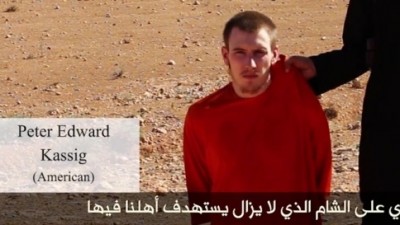 Muslim groups across Britain, including some organizations that are highly critical of British foreign policy and blame Western interference for fanning the recent crisis in Iraq and Syria, had called in vain for Henning’s release.

His wife Barbara had called him a “a peaceful, selfless man” and appealed to Islamic State to release him.

Islamic State is believed to be holding fewer than 10 Western hostages in Syria. The remaining hostages include British journalist John Cantlie, who has appeared in three Islamic State videos.