Has the ISIS crisis pushed the CIA into bed with Hezbollah? 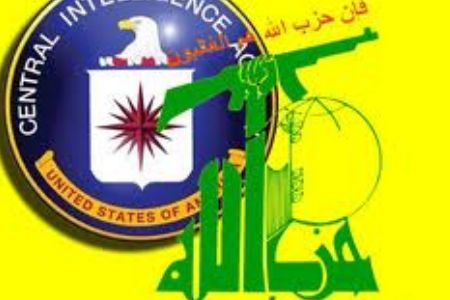 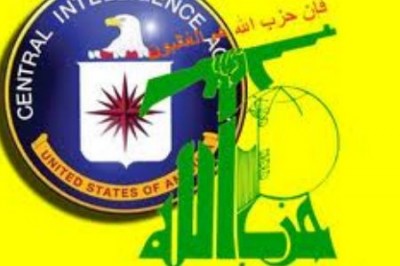 A few months ago, a former top CIA operative applied for a Lebanese visa to do some work in Beirut for an oil company. While he was waiting for approval, a package arrived at his client’s office. Inside was a full dossier on his CIA career. “It included things on where I had served, well back into 1990s,” said Charles Faddis, who ran the CIA’s covert action program in Kurdistan during the run-up to the 2003 invasion of Iraq, among other top assignments. “It had details on my travels to Israel and Lebanon—years ago.”

Faddis took it as a blunt message from Hezbollah, the Iran-backed partner in Lebanon’s coalition government that is equal parts political party, social service agency, occupying army and terrorist group. “It was their way of saying, ‘We don’t want this guy here, but we want business with you to go forward,’” Faddis told Newsweek. It also was a way of underscoring—as if any emphasis was needed—that to do business in Lebanon, you have to go through the “Party of God.” And today that business includes the U.S. drive to recruit regional partners to wage war on the Islamic State, the group more commonly known as ISIS.

Washington wants Lebanon to stop ISIS at its borders. So does Hezbollah, whose entry into the Lebanese government last February did not get it removed from the State Department’s list of terrorist groups.

It’s a tricky minuet for two longtime lethal foes. In 1983 Hezbollah notoriously dispatched a suicide bomber to the Marine Corps barracks at Beirut International Airport, who killed 299 Marines and French servicemen. The same year, it also bombed the U.S. Embassy in Beirut, killing 63 people, most of them CIA and State Department personnel. Its kidnappings and executions of Americans, including CIA station chief William Buckley, were as savage as any ISIS beheading.

or several years now, however, there has been “unwritten, unacknowledged cease-fire” between the combatants, as Faddis and several other authoritative sources put it. “They know where we are and could easily take out our officers,” a senior CIA official told Newsweek last year, on condition of anonymity to discuss sensitive U.S.-Hezbollah relations. But they haven’t—not that they have acquiesced to CIA operations in Beirut. In 2011, for example, Hezbollah merely exposed the names and faces of some alleged CIA officers in Lebanon, rather than killing them. Such restraint reflects Hezbollah’s transformation from a Shiite movement and welfare service with an armed militia and a terrorist arm to a powerful political force. The Party of God and its allies now hold more than a third of the cabinet portfolios in Lebanon’s coalition government and 12 seats in the parliament.

And that alone gives Hezbollah a virtual veto over CIA operations in Lebanon, if not making them de facto partners against ISIS, whose aim is to liquidate the forces of Syrian President Bashar Assad, Hezbollah’s long-time protector. “The enemy of my enemy is a worst enemy,” quipped Ali Soufan, a former top FBI counterterrorism official, speaking of the joint interest of Shiite Hezbollah and Iran and the U.S. to “degrade and destroy,” as President Obama put it, the Sunni Islamic State.

“Relations between [Hezbollah] and the U.S. are developing positively,” a Lebanese newspaper quoted a pro-Western parliament member as saying.

But they are in no way allies, said Soufan, who now runs a private, New York–based risk-analysis and intelligence-gathering firm stocked with former FBI, CIA and British MI6 officials. They just have mutual interests.

“In Lebanon, there is a regional and an American consensus to contain the conflict away from Lebanon and in Syria,” explains Faysal Itani, a Middle East expert at the Atlantic Council in Washington, D.C. “The Saudis have an interest in this, the Iranians do—everybody wants things to stay relatively quiet. If you want things to remain quiet in Lebanon, that means you work with the Lebanese army and Hezbollah, because those are the only capable forces on the ground. And given that the Lebanese army is willing and able to take on the Sunni jihadists, but has a very close and cooperative relationship with Hezbollah, then what you have happening is a de facto U.S.-Saudi-Lebanese-Hezbollah-Iranian collaboration in Lebanon.”

Both sides are loath to admit they have joint interests, much less a de facto collaboration. Only days after a Hezbollah spokesman made purring sounds about “the international community” confronting ISIS, its leader, Sayyed Hassan Nasrallah, took to the airwaves to denounce America as “the mother of terrorism.” Hezbollah, he said, opposed “Lebanon’s participation in the U.S.-led coalition.”

Likewise, Obama administration officials deny any collaboration with Hezbollah. But indirect cooperation is impossible to avoid. In late August, after ISIS forces seized control of a town on its Syrian border, Washington announced it was rushing $20 million worth of arms to the Lebanese Armed Forces (LAF), Hezbollah’s longtime rival but now its ally in the fight against ISIS. Rami Khouri, director of the Issam Fares Institute for Public Policy and International Affairs at the American University of Beirut, called relations between the two “quite good” since last winter. “It’s been clear for the last six months, since the [ISIS] bombings in December and January in Beirut, that Hezbollah forces and intelligence had been working much more closely with LAF, which is why it’s been relatively quiet,” Khouri told the Syria Deeply website. Washington has long had a close relationship with the Lebanese army, dominated by Christians, through which it’s now in an arm’s-length alliance with Hezbollah.

The U.S. arms, including 480 anti-tank guided missiles, more than 1,500 M16-A4 rifles, and “many mortars,” according to the U.S. Embassy, were shipped through Beirut International Airport, which is controlled by Hezbollah. In early September, another $9 million worth of arms arrived at the airport, with $11 million more in the pipeline.

But the U.S.-Hezbollah relationship is rumored to go beyond arms shipments to sharing intelligence. Abbas Ibrahim, head of the General Security Directorate, Lebanon’s intelligence agency, is a Shiite, the same as Hezbollah’s membership. “I’ve heard specific cases of plots disrupted and militants captured based on intel shared between the United States, Iran and Saudi Arabia,” says Itani, the Lebanese son of a Sunni father and Christian mother. “I don’t imagine that this would take the form of direct contact between the CIA and Hezbollah,” he added. “I think this is something that would be shared with the Iranians” and then passed to Hezbollah.

The Americans began reaching out to Hezbollah in the spring of 2012, according to the Washington, D.C.–based Middle East Media Reporting Institute (MEMRI), an Israeli-connected outfit that compiles and analyzes stories in the Arab-language press. “The reports state that at first, the U.S. administration and Hizbullah exchanged intelligence information,” MEMRI said, using another common spelling of the group’s name, “but later expanded the contacts into a diplomatic and political relationship, and even into dealings concerning domestic Lebanese politics.”

The Arab media “[focused] on the relationship between the U.S. and the director of Lebanon’s General Security Directorate, Abbas Ibrahim,” MEMRI added. “Although it is an official Lebanese body, this directorate, and Ibrahim himself, are close to Hizbullah. Before heading General Security, from 2005 to 2008, Ibrahim headed military intelligence in South Lebanon—and, according to many Lebanese Sunnis, this apparatus and those in charge of it in South Lebanon are pro-Hizbullah.”

Ibrahim was the go-between for CIA-Hezbollah contacts, said MEMRI, whose board of advisers includes former CIA directors James Woolsey and Michael Hayden. “According to Lebanese media reports, indirect CIA-Hizbullah contacts were apparently initiated by the U.S., and have been under way since at least April 2012, conducted by the U.S. Embassy in Beirut and Hizbullah through Ibrahim,” MEMRI said. “These contacts culminated in cooperation fighting Al-Qaeda and its offshoots and other extremist Sunni organizations.”

Israeli media echoed MEMRI’s findings. The Jerusalem Post, citing the Kuwaiti newspaper Al-Rai, reported that “British diplomats are holding discussions with leaders of the Lebanese-based radical Shiite group, then transferring the information to the Americans.” The U.S. was poised to “warm up to a direct relationship in the future,” the Post wrote, citing “Washington diplomatic sources.”

But such reports should be taken with a boatload of salt, say MEMRI’s many critics. Founded by Yigal Carmon, a former colonel in Israeli military intelligence, its board is stocked with neoconservative scholars, activists and former officials, such as former Defense Secretary Donald Rumsfeld and onetime House Intelligence Committee chairman Peter Hoekstra. MEMRI “poses as a research institute when it’s basically a propaganda operation,” Brian Whitaker, Middle East editor of The Guardian, wrote in 2003. Its reports, “cleverly cherry-pick the vast Arabic press…for the most extreme and objectionable articles and editorials,” said Juan Cole, a professor of history at the University of Michigan.

“I am in no position to know about this type of intelligence cooperation,” Farideh Farhi, an Iran expert at the University of Hawaii at Manoa, told Newsweek. “But the overall theme of the [MEMRI] report… suggests the possibility of exaggeration by folks who are worried that the potential rapprochement between Iran and the U.S. might impact the balance of power in the deadlocked Lebanon.”

MEMRI’s depiction of the head of Lebanese intelligence as a Hezbollah collaborator was also off-kilter, said Ali Soufan, who held several key FBI posts in the Middle East and continues to closely follow events in Lebanon. “Abbas Ibrahim is a Shia, but that does not mean he is a Hezbollah,” Soufan told Newsweek. “I think it’s a far-fetched to say that the U.S. is working with Hezbollah in Lebanon. It’s not a fair assessment. Hezbollah is currently part of the U.S.-recognized Lebanese government, it has a sizable block in the Parliament, and wide political alliances with different Lebanese factions, including some Christians,” Soufan added. “I am sure all Lebanese security agencies would have a working relationship with them.”

Martin Reardon, who was the FBI’s representative in Qatar from 2006 to 2009 and now works for the Soufan Group, called the reports of Hezbollah-U.S. cooperation “total b.s…based more on rumor than fact. I can’t imagine the U.S. dealing with Hezbollah in any way, shape or form—directly or indirectly. It would be political suicide for the administration, no matter what their motivation.”

The same was once said of contacts between the U.S. and the Palestinian Liberation Organization, the terror group headed by Yasser Arafat. Indeed, President Jimmy Carter’s U.N. ambassador, Andrew Young, was very publicly fired in 1979 after his secret meeting with a PLO official was leaked to Newsweek by Israeli intelligence. For years, however, the CIA’s top Middle East hand, Robert Ames, had been clandestinely meeting with the PLO’s intelligence chief, and later Arafat himself, in an arrangement that eventually led to the Camp David peace accord between Egypt and Israel.

The U.S. and Iran are inching toward a similar rapprochement, via negotiations to end Tehran’s nuclear weapons program and diplomatic isolation. Likewise, the U.S. and Hezbollah, with ISIS on a rampage, seem ready for some kind of live-and-let-live arrangement, if not partnership. The CIA, former operative Faddis maintains, is “looking for a way to cooperate with Hezbollah and [Syrian President] Assad.” Like many CIA officers who suffered losses at the hands of Hezbollah bombers and assassins, however, he called it “a horrible, inconceivably bad idea.”