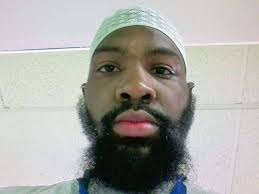 Prosecutors today announced the filing of murder and assault charges against the Oklahoma man arrested last week for allegedly attacking two female coworkers, one of whom was beheaded by her assailant.

Alton Nolen, 30, was named in a three-count felony information charging him with the September 25 killing of Colleen Hufford inside the Vaughan Foods plant in Moore. Nolen also was charged with attacking a second worker with a knife, an assault that was stopped when an off-duty reserve officer shot Nolen (seen at right in a 2010 mug shot).

In announcing the charges, an Oklahoma prosecutor said that investigators were likely to pursue the death penalty against Nolen, who converted to Islam while incarcerated. District Attorney Greg Mashburn added that Nolen had made comments to fellow employees about “not liking white people.”

According to a court affidavit, Nolen “had just been suspended due to a complaint at the business.” He then left the firm’s human resources office and drove to his residence “for the sole reason to retrieve a large bladed knife.”

With the weapon hidden in his shoe, Nolen returned to Vaughan Foods and walked to the office where Hufford was standing. He grabbed the 54-year-old victim “from behind and immediately began cutting her across the throat with the large knife, with a back and forth sawing motion.” Nolen “severed the victim’s head from her body.”

Nolen then encountered worker Traci Johnson, 43, and “cut her across the throat and left side of her face.” Nolen was then shot by a Vaughan Foods executive who also serves as an Oklahoma County reserve officer.

Nolen, who is hospitalized with gunshot wounds, “openly admitted to ‘beheading’ the first victim with a knife and cutting and attempting to ‘behead’ the second victim with the knife he had went to his apartment and retrieved.”