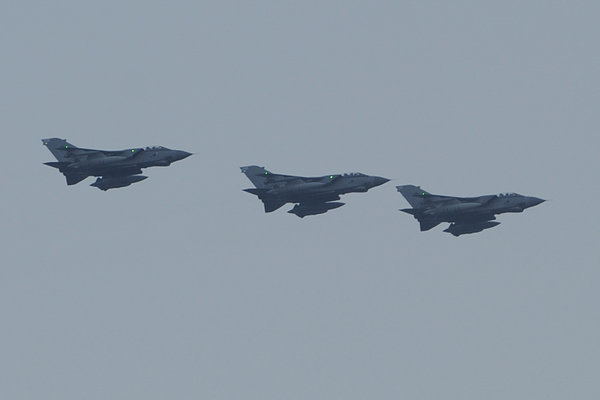 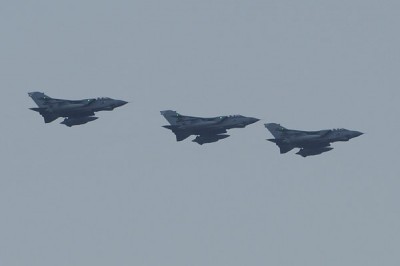 The British Parliament voted overwhelmingly on Friday to approve airstrikes in Iraq against the militants of the Islamic State. The vote brought a country weary of international engagements belatedly into the American-led campaign against Sunni extremists.

Prime Minister David Cameron called Parliament back from recess to consider the motion, which authorizes the government to conduct air operations over Iraq. It does not authorize the deployment of ground troops, nor does it authorize action in Syria.

The decision was seen as significant, after British lawmakers voted last year not to join proposed strikes against Syria over its use of chemical weapons.

The vote last year dented Britain’s reputation as America’s closest ally in the fight against extremism, and the debate on Friday was seen as a test of Britain’s stomach for further military intervention after unpopular wars in Iraq and Afghanistan.

“In military terms, the vote has no significance whatsoever, but politically it has more importance,” said James Strong, a foreign policy expert at the London School of Economics and Political Science. “There is a sense in the United States that if even Britain thinks it is a bad idea, then it probably is.”

Among America’s European allies, France and the Netherlands have already said that they would take part in the bombing campaign in Iraq, and Denmark and Belgium did the same on Friday.

Wary of a defeat in Parliament and eager to avert opposition from the Labour Party, Mr. Cameron said on Friday that Britain would not, at present, join the United States in attacking targets in Syria, and would not commit ground forces to fight the Islamic State, which is also known as ISIS or ISIL.

Mr. Cameron said that while he did not believe there was a legal barrier to Britain conducting airstrikes in Syria, he was proposing action exclusively in Iraq for the sake of political consensus.

As he outlined his case for intervention, Mr. Cameron faced persistent questioning from lawmakers about the campaign’s objectives, the risk that the mission could expand beyond its initial scope, and the readiness of Iraqi forces to take advantage of air support. But some lawmakers also argued that the motion did not go far enough.

“We would want to see a stable Iraq and — over time — a stable Syria too; ISIL degraded and then destroyed as a serious terrorist organization,” Mr. Cameron said in Parliament. “But let me be frank: we should not expect this to happen quickly. The hallmarks of this campaign will be patience and persistence, not shock and awe.”

Mr. Cameron said the militant group had “already murdered one British hostage and is threatening the lives of two more,” adding that, for Britain, there “isn’t a walk-on-by option.”

Supporting the call for airstrikes, Ed Miliband, leader of the opposition Labour Party, said that he understood the unease in parts of Britain about another military engagement. “Let us be clear at the outset what is the proposition: airstrikes against ISIL in Iraq,” Mr. Miliband said. “Not about ground troops, nor about U.K. military action elsewhere. And it is a mission specifically aimed at ISIL.”

He added that a “dismembered Iraq” would be more dangerous to Britain than taking military action now, and that Britain should pride itself on its “tradition of internationalism.”

For some Labour lawmakers, the aversion to joining the campaign in Syria is rooted in Britain’s experience under the Labour government of Tony Blair, whose decision in 2003 to join the United States in invading Iraq led British forces, like American troops, into a quagmire for years.

Western nations hope that Iraqi government troops can be bolstered sufficiently to defeat the Islamic State’s fighters on the ground. In Syria, where the Islamic State is battling both with the government of President Bashar al-Assad and with other rebel groups, some of which have Western backing, the picture is more complicated. Western governments want to avoid any appearance that they are aligning with Mr. Assad or supporting his brutal efforts to crush the revolt against him.

Mr. Miliband said of the Syria situation that “when we are not talking about being invited in by a democratic state, it would be better — I put it no higher than that — it would be better to seek a U.N. Security Council resolution.”

In preparation, the Royal Air Force has had six Tornado warplanes flying surveillance missions over Iraq for several weeks, ostensibly as part of humanitarian efforts to help minorities threatened by the Islamic State.

Kenneth Clarke, the former Conservative cabinet minister, said Britain’s participation in the air campaign would be “almost symbolic,” but would help London to press other capitals to take steps against the Islamic State.

In the debate on Friday, several members of Parliament, mainly Conservatives, criticized the motion for not authorizing action in Syria, arguing that the Islamic State was based there and had all but erased the Syria-Iraq border. But others had different concerns, including John Baron, also a Conservative, who warned of a “real danger that we are going into a cul-de-sac” without “an exit strategy.”