Qatar says the Syrian regime is the main problem 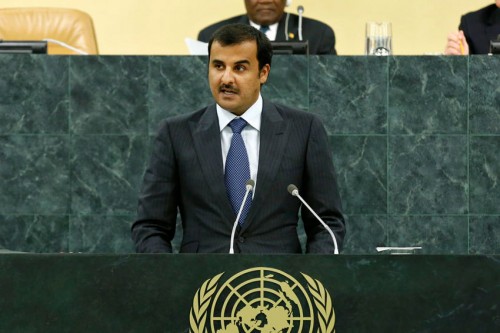 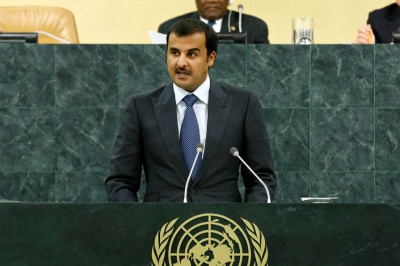 Qatar, which provided support for U.S.-led airstrikes in Syria this week, urged the international community to confront the Syrian regime, highlighting pressure by some of Washington’s Gulf Arab allies to widen its campaign against Islamic State.

The world should work to end “the systematic destruction of Syria” by the Syrian government, he said.

The United States has said its military campaign will not target the Syrian government and instead will focus on the Islamic State, which has seized a third of both Iraq and Syria and seeks to establish a caliphate in the Middle East.

Appearing to echo concerns that the Syrian government could benefit from the U.S.-led airstrikes, the emir said, “we cannot succeed in the war on terrorism if the people were not satisfied that it is their war and not a war to stabilise a regime that is oppressing them.”

Although the Gulf states are all opposed to Syrian President Bashar al-Assad, Qatar has long faced criticism, including from neighbouring Gulf Arab states, for using its vast oil and gas wealth to back Islamists across the region including groups inside Syria.

Qatar assured the West on Wednesday it was not aiding Islamic State in Iraq and Syria.

A source close to the Qatar government told Reuters Tuesday’s U.S.-led airstrikes would not solve anything. He said it was unfair to target only Islamic State when Assad “has been left to kill his people for years.”