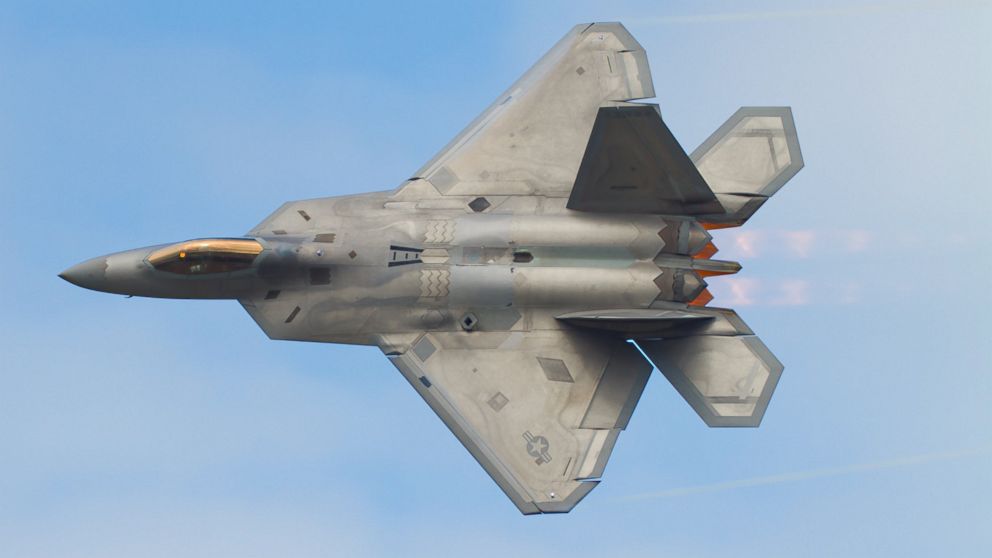 The F-22 Raptor, one of the most expensive fighters in the world, undertook and successfully completed a combat mission for the first time ever Monday in Syria.

The next generation Raptor, which has a total program price tag north of $79 billion, had sat out two wars and at least one previous smaller conflict since going operational in late 2005 before being called on to hit a single target in Syria Monday: an Islamic State of Iraq and Syria (ISIS) “command and control building.”

“The flight of the F-22s delivered GPS-guided munitions, precision munitions targeting only the right side of the building,” Lt. Gen. William Mayville told reporters, referring to presentation slides of the operation. “And you can see that the control — the command and control center where it was located in the building was destroyed.”

The stealth F-22 has had chances to fight before – during Air Force operations in Iraq and in Afghanistan as well as its role in the no-fly zone over Libya in 2011 – but in each case the Air Force said the high-tech jet was not an “operational requirement.”

The Pentagon apparently decided the U.S.-led strikes against ISIS in Syria, for which the Syrian government says it was given warning, were different.

“Basically, we look at the aircraft and the crews that we have and we make a determination on how to portion those things, based on a lot of factors: location, nature of the target, weapons that may need to be used,” Air Force Central Command Lt. Col. Tadd Sholtis told ABC News. “In this case, the F-22 was the weapon that got assigned to that particular target.”

“The mission was a success,” he added.

Previously F-22 Raptors have been reportedly stationed at Al Dhafra Air Base in the United Arab Emirates, one of the Arab nations that the military said participated in the strikes against ISIS in Syria. Sholtis declined to comment on where the fighters were forward deployed for this mission, except that they were in the Gulf region.

While the Air Force had said the F-22’s advanced capabilities simply weren’t necessary for the previous conflicts, the plane also suffered from troubling issues of its own.

Most disturbing were instances in which pilots reported feeling the symptoms of oxygen deprivation while flying the high-performance machines. From 2008 to 2012 pilots reported experiencing confusion, sluggishness or disorientation – sometimes even blackouts – at the controls of the plane more than two dozen times. In one instance, a pilot became so disoriented that his plane skimmed treetops before he was able to pull up and save himself. In May 2012, two Raptor pilots told CBS News’ “60 Minutes” they were too afraid to fly the plane.

In another, more drastic case, Air Force pilot Capt. Jeff Haney died in a crash in 2010 after the oxygen system in his plane malfunctioned. After an investigation, the Air Force faulted Haney for failing to fly the plane properly while suffering a “sense similar to suffocation.” The plane’s manufacturers eventually settled a wrongful death lawsuit with the Haney family.

The F-22 fleet was grounded multiple times while the Air Force investigated the oxygen issue and by late 2012 the service believed it had a handle on the problems – several small ones, rather than one big one. Eventually the planes were allowed back in the air.