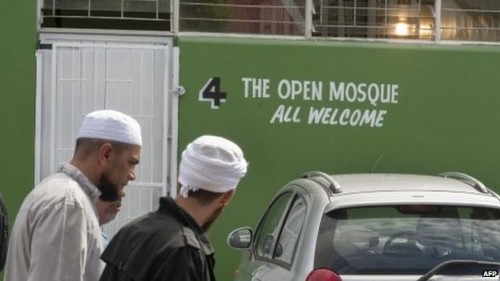 A Muslim academic has opened a gay-friendly mosque in South Africa, despite receiving death threats and fierce criticism from parts of the local Muslim community.

Women will also be allowed to lead prayers at Taj Hargey’s “Open Mosque” in Cape Town.

He says the mosque will help counter growing Islamic radicalism.

Mr Hargey, a professor at the Muslim Educational Centre of Oxford in the UK, told the BBC’s Newsday programme it was time for a “religious revolution”.

“In South Africa 20 years ago, there was a peaceful revolution changing from apartheid to democracy and we need to have a similar development in the area of religion,” he said.

Mr Hargey, who was born in Cape Town, said the mosque would welcome people from all genders, religions and sexual orientations.

As well as leading prayers, women would be allowed to pray in the same room as men, he said.

He contrasted this to the current Islamic practice which sees “women at the back of the street, back of the hall, out of sight, out of mind”.

However, members of Cape Town’s large Muslim community have taken to social media to criticise the new mosque, with some labelling him a “heretic” or “non-believer”.

One group tried to block the opening of the mosque.

South Africa’s umbrella body for Islamic groups, the Muslim Judicial Council (MJC), says it is investigating the new mosque and has noted concerns raised in the community.

In his sermon Mr Hargey condemned the increasing hatred in the world between Muslims and Christians and blamed it on “warped theology”, reports AFP news agency.

When asked about his qualifications as a religious leader he said: “I have a PhD in Islamic studies from Oxford University, unlike my opponents who went to some donkey college in Pakistan or Saudi Arabia.”

He told the BBC that he wanted to revive “the original mosque of the Prophet Muhammad, where there were no barriers”.

“This idea of female invisibility is an innovation that came after Muhammad, unfortunately it has become entrenched,” he said.