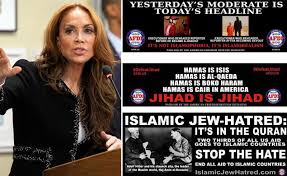 Share:
Anti-Islamic ads will begin appearing on a hundred New York City buses and at two subway entrances next week.

The six ads include an image of American journalist James Foley, just before he was beheaded, standing next to his masked executioner.

The ads are paid for by the American Freedom Defense Initiative run by anti-Islam blogger Pamela Geller. She says the campaign tells truths about Islam and Jihad that the U.S. government and mainstream media ignore.

All the ads feature a disclaimer that says the viewpoints are not endorsed by the Metropolitan Transportation Authority.

Under a federal court ruling, the agency is required to run viewpoint ads. But the MTA requires a disclaimer.

The American Freedom Defense Initiative has posted ads on New York’s transit system in the past that called enemies of Israel “savages.” 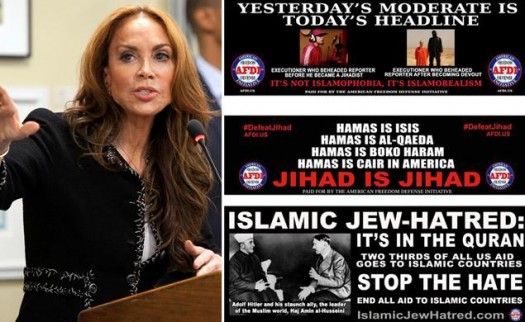 Together with Robert Spencer, Pamela Geller founded the Freedom Defense Initiative and Stop Islamization of America. Both organizations were labeled hate groups by UK government officials, who barred Geller’s entry into the UK in 2013.

She is known primarily for her criticism of Islamism and opposition to Islamic activities and causes, such as the proposed construction of an Islamic community center near the former site of the World Trade Center. She says her blogging and campaigns in the United States are against what she terms “creeping Sharia” in the country. She is described as a critic of radical Islam and self-described as opposing political Islam. Her viewpoints are described as anti-Islamic or Islamophobic.

Geller is the third of four sisters born to Jewish parents Reuben, a textile manufacturer, and Lillian Geller. She grew up in Hewlett Harbor, Long Island, New York, feeling that she was the black sheep of her family; an underachiever whose parents refused to cover the expenses of her college education.”