Nato: Russia and Islamic State are the 2 main threats 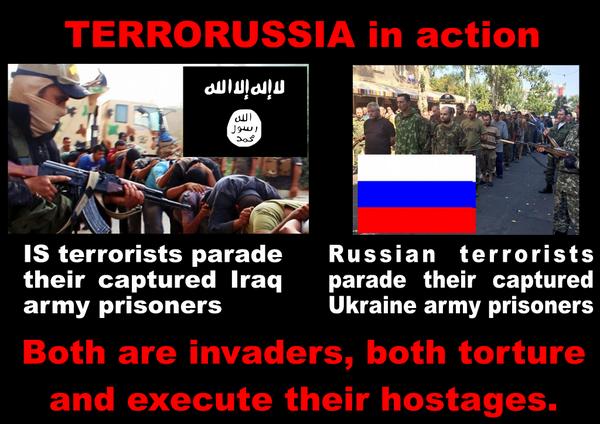 Nato has described Russia and Islamic State (IS) as the two main threats to Western security, but says it can still talk to Russia despite its invasion of Ukraine.

Nato secretary general Anders Fogh Rasmussen likened Russia to IS in a speech at the Carnegie Europe think tank in Brussels on Monday (15 September).

He said: “Russia considers Nato, and the West more broadly, as an adversary. Russia has trampled all the rules and commitments that have kept peace in Europe and beyond since the end of the Cold War … from Moldova to Georgia, and now in Ukraine, Russia has used economic pressure and military actions to produce instability, to manufacture conflicts”.

He noted that IS “risks exporting terrorists to our countries … [it is] virulent, violent, and viciously anti-Western. They will grasp every opportunity to undermine our values”.

Referring to Russia and IS together, he added: “We are on the frontline of a new battle – a new battle between tolerance and fanaticism, between democracy and totalitarianism, between open and closed societies. In this new age of unrest and revisionism, we must stand strong and we must stand united as a force for freedom”.

Answering questions at the Carnegie event, Rasmussen noted that the two threats are different, however

He said Russia is trying to create a frozen conflict in east Ukraine to prevent it joining the EU or Nato and that “we should never accept that”.

But he ruled out use of force to halt Russian aggression in Ukraine.

“I don’t think Russia poses an imminent threat to Nato allies,” he said.

“For Ukraine, we do believe the right way forward is a political solution and while it’s clear Russia has violated international norms and rules, I still think Russia is capable of this [a political solution] if they decide to do so”.

The Nato head advocated use of force against IS by what he called a “coalition of the willing” inside Nato.

Rasmussen added that UN rules give them the right to attack IS to stop “genocide” in Iraq and Syria and as an act of “self-defence”.

“As far as I can see, there is a basis in the fundamental UN charter principles to conduct a military operation against ISIS [an alternative name for IS]”, he said.

He urged the UN to do more on post-conflict state-building to prevent the kind of disorder which erupted in Libya after Nato strikes toppled the old regime.

He also excused Turkey for not letting the anti-IS group use its air bases, noting that IS is holding hostage several dozen Turkish diplomats.

“I have to say, I consider Turkey a staunch ally”, he said.

Asked about Scotland’s Nato prospects if it splits from the UK in this week’s referendum, Rasmussen said it would have to reapply to join.

“If a new country wants to join Nato it must apply to join and such an application will be addressed in the same way all applications are dealt with and, eventually, it will require consensus, unanimity in the alliance to accept a new member”.

He added that Nato has not discussed the Scottish question.

It normally takes Nato aspirant states several years to join. But he hinted that Scotland’s application might proceed quickly, because pace of progress is based on fulfilment of technical criteria.
EU Observer