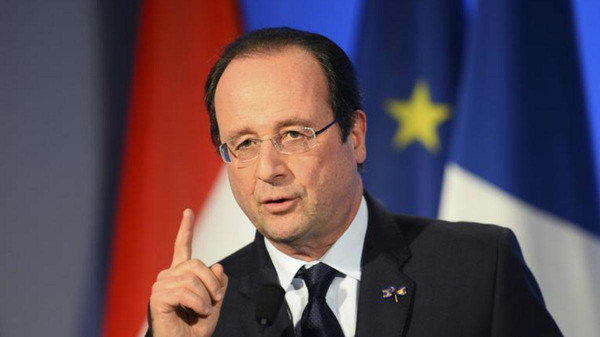 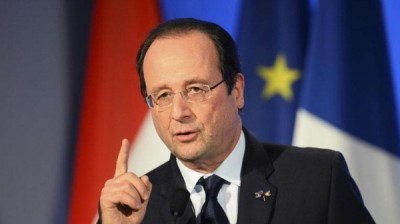 French President Francois Hollande arrived in Iraq Friday to support the new government, in the first visit by a head of state since jihadists overran large parts of the country three months ago.

Hollande’s plane was carrying 15 tonnes of humanitarian aid to be delivered in the Kurdish capital of Arbil later Friday, after talks in Baghdad with his counterpart Fuad Masum, parliament speaker Salim al-Juburi and Prime Minister Haidar al-Abadi.

France has been supplying arms to Kurdish forces fighting the Islamic State jihadist group since August and has also been flying in humanitarian supplies.

Fabius said on Wednesday that France was prepared to take part in US-led air strikes against the militants in Iraq “if necessary” but has stressed that Syria was a different situation.

According to French diplomatic sources, what is preventing France from a military intervention in Syria is the lack of an international legal basis.

“The philosophy is very clear and consists in saying: ‘in the face of the global threat (of IS), we need a global response’,” said a senior diplomatic French source who did not wish to be named.

Hollande is going to push for a “solution that takes into account several facets”, the source said — not only the military aspect, but also humanitarian and political.

On Monday, Hollande and Masum will jointly host foreign ministers from the region and other allies in Paris for an international conference on Iraq.

During his one-day trip to Iraq, Hollande is also due to meet the Chaldean patriarch, Louis Sako, in Arbil.

France has offered to take in some of the tens of thousands of Christians who were forced from their homes when Islamic State militants swept through the northwest of Iraq.

On June 10, the jihadist fighters seized the city of Mosul, which was home to a significant Christian community.

In August they overran the Nineveh plains, between Mosul and Arbil, which were home to many of the country’s Christians, including Iraq’s largest Christian town of Qaraqosh.