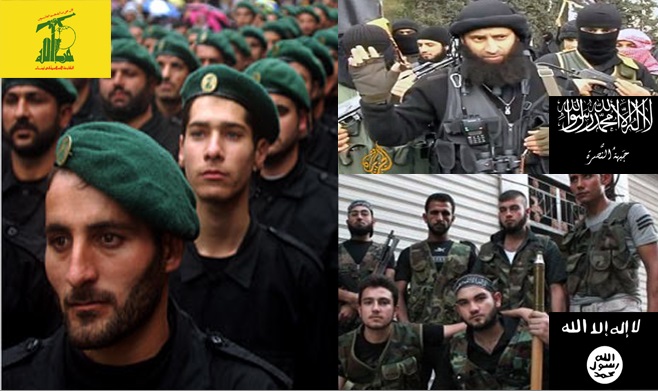 Lebanon MP Antoine Zahra, a key member of the Lebanese Forces said that Hezbollah’s stances on minorities are more destructive than the actions of jihadist group the Islamic State (IS), and accused the party of threatening Lebanese coexistence and the structure of the state.

“It is the Lebanese who are afraid, not the Christians,” Zahra told Lebanese broadcaster MTV in an interview on Saturday.

“The attempt to push [Christians] into fear is a deceptive strategy [used by] the March 8 alliance and in the region [in general].” Zahra said

The purpose, he added, was “to turn back the clock and convince Christians that they are a target” in order to create an “alliance of the minorities.”

“The enemies of extremism are first [and foremost] moderate and open-minded Sunnis. The attempt to portray the danger of takfiri terrorism as a danger to other sects, and that it is fostered by the Sunnis, is a big deception.” Zahra stressed.

Hezbollah changed course
Hezbollah, which was credited with the liberation of Lebanese territories from Israel in 2000 was a very popular organization in Lebanon and throughout the Arab world. Back then pictures of the Hezbollah chief Hassan Nasrallah were posted everywhere here in Lebanon and the Arab and Muslim countries.

Hezbollah which was established by the Iranian Revolutionary Guards in 1982 was also accused of being behind the attack against the Baabda presidential palace last August following president Suleiman’s speech on Army day in which he criticized Hezbollah’s role in Syrian civil war .

According to a lebanese analyst: “The party is willing to risk the foundations on which the entire Lebanese political system was built in order to prevent the collapse of Syrian President Bashar Assad’s regime and impede the work of the Special Tribunal for Lebanon that is probing the assassination of former premier Rafik Hariri.”

Five members of Hezbollah have been indicted by the Special Tribunal for Lebanon (STL) in the assassination of former Lebanese prime minister Hariri , but Hezbollah chief Hassan Nasrallah called the suspects brothers and refused to hand them over to the international court.

Lebanon Justice Minister Ashraf Rifi said last month that Hezbollah’s links with Iran and the way it deals with other political forces in Lebanon makes it similar to the Islamic State jihadist group , which has set up a “caliphate” across areas of Northern Syria and Iraq in recent months.

“Hezbollah [tries to] eliminate [its rivals.] Its project is Iranian and it wants hegemony over Lebanon. It follows that any group which tries to eliminate its rivals is like IS. ”

Rifi was the general director of the Lebanese Internal Security Forces from 2005 to 2013. He has been serving as minister of justice since February 15, 2014.
Now/YL