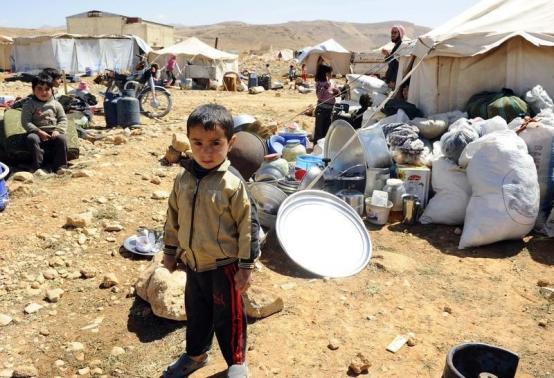 A Syrian refugee child who fled the violence from the Syrian town of Flita, near Yabroud, poses for a photograph at the border town of Arsal, in the eastern Bekaa Valley March 20, 2014. CREDIT: REUTERS/HASSAN ABDALLAH
Share:

With Syria’s war well into its third year, another depressing marker has been crossed – now more than 3 million men, women and children live as refugees. Conservative estimates of the death count stand at roughly 191,000. What is equally as depressing is the fact that for the most part we as a world could care less.

“Three million refugees is not just another statistic,” says Angelina Jolie, the UN Special Envoy for refugees. “It is a searing indictment of our collective failure to end the war in Syria.”

Syria is hemorrhaging women, children and men who cross borders often with little more than the clothes on their back. I imagine the waves of humanity that stretch into Lebanon, Jordan, Turkey and Egypt. Given the vast numbers of people fleeing into neighbouring countries it is not surprising that Syrian refugees now represent the largest percentage of asylum seekers entering Europe. 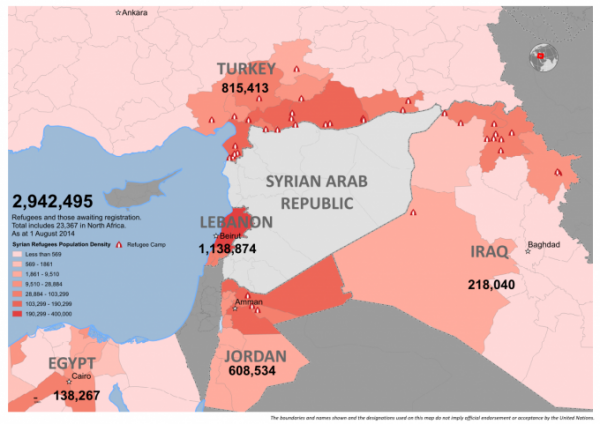 Often the people I speak with have spent at least a year away from their homes before deciding to cross the border. They move from village to village relying on anyone and everyone to survive. For the most part, they wait because they cannot afford the smugglers or the bribes necessary to cross into another country.

But having passed across a border it becomes safe again for them to exercise memory. The air inside the reception hall at Za’atari refugee camp is largely quiet, not like the sky thick with the thud of ordinance across the border. Mortar and artillery fire do not light up the night in Za’atari the way it does in Allepo or Dara’a.

I see the look on people’s faces and it is almost as if they are experiencing a form of relief. There is finally shelter and a meal to eat. The fact of survival blankets them in the night.