Israel’s Netanyahu under fire at home after Gaza truce 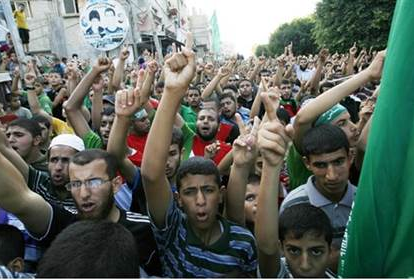 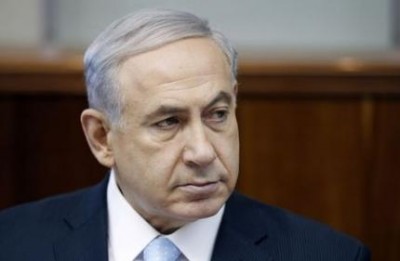 An open-ended ceasefire in the Gaza war held on Wednesday as Prime Minister Benjamin Netanyahu faced strong criticism in Israel over a costly conflict with Palestinian militants in which no clear victor emerged.

On the streets of the battered, Hamas-run Palestinian enclave, people headed to shops and banks, trying to resume the normal pace of life after seven weeks of fighting. Thousands of others, who had fled the battles and sheltered with relatives or in schools, returned home, where some found only rubble.

In Israel, sirens warning of incoming rocket fire from the Gaza Strip fell silent. But media commentators, echoing attacks by members of Netanyahu’s governing coalition, voiced deep disappointment over his leadership during the most prolonged bout of Israeli-Palestinian violence in a decade.

“After 50 days of warfare in which a terror organization killed dozens of soldiers and civilians, destroyed the daily routine (and) placed the country in a state of economic distress … we could have expected much more than an announcement of a ceasefire,” analyst Shimon Shiffer wrote in Yedioth Ahronoth, Israel’s biggest-selling newspaper.

“We could have expected the prime minister to go to the president’s residence and inform him of his decision to resign his post.”

Netanyahu, who has faced constant sniping in his cabinet from right-wing ministers demanding military action to topple Hamas, scheduled a news conference for Wednesday evening, expected to be his first public remarks since the Egyptian-mediated truce deal took effect on Tuesday evening.

Palestinian health officials say 2,139 people, most of them civilians, including more than 490 children, have been killed in the enclave since July 8, when Israel launched an offensive with the declared aim of ending rocket salvoes.

The ceasefire agreement called for an indefinite halt to hostilities, the immediate opening of Gaza’s blockaded crossings with Israel and Egypt, and a widening of the territory’s fishing zone in the Mediterranean.

A senior Hamas official voiced willingness for the security forces of Western-backed Palestinian President Mahmoud Abbas and the unity government he formed in June to control the passage points.

Both Israel and Egypt view Hamas as a security threat and are seeking guarantees that weapons will not enter Gaza, a narrow, densely populated territory of 1.8 million people.

Under a second stage of the truce that would begin a month later, Israel and the Palestinians would discuss the construction of a Gaza sea port and Israel’s release of Hamas prisoners in the occupied West Bank, possibly in a trade for the remains of two Israeli soldiers believed held by Hamas, the officials said.

Israel has in recent weeks said it wants the full demilitarization of Gaza. The United States and European Union have supported the goal, but it remains unclear what it would mean in practice and Hamas has rejected it as unfeasible.

“On the land of proud Gaza, the united people achieved absolute victory against the Zionist enemy,” a Hamas statement said.

Israel said it dealt a strong blow to Hamas, killing several of its military leaders and destroying the Islamist group’s cross-border infiltration tunnels.

But Israel also faced persistent rocket fire for nearly two months that caused an exodus from a number of border communities and disrupted daily life in its commercial heartland.

“They are celebrating in Gaza,” cabinet minister Uzi Landau, of the far-right Yisrael Beitenu party in Netanyahu’s coalition, told Israel Radio. He said that for Israel, the outcome of the war was “very gloomy” because it had not created sufficient deterrence to dissuade Hamas from attacking in the future.

Nahum Barnea, one of Israel’s most popular columnists, expressed concern “that instead of paving the way to removing the threat from Gaza, we are paving the road to the next round, in Lebanon or in Gaza”.

“The Israelis expected a leader, a statesman who knows what he wants to achieve, someone who makes decisions and engages in a sincere and real dialogue with his public,” he wrote in Yedioth Ahronoth. “They received a seasoned spokesperson, and very little beyond that.”

Ben Caspit, writing in the Maariv daily, said there was no victory for Israel in a conflict that resulted in “a collapsed tourism industry (and) an economy approaching recession”.

Israel’s central bank has estimated the conflict will knock half a point off economic growth this year.

But with future diplomatic moves on Gaza’s future still pending, there was no immediate talk publicly among Netanyahu’s coalition partners of any steps to break up the alliance.

In a further sign of the truce’s impact, Egypt eased restrictions at the Rafah border crossing with Gaza, allowing World Food Program supplies containing a shipment of 25,000 food parcels into the coastal territory for the first time since 2007, a statement by the humanitarian group said.

Israel has regularly permitted food and other humanitarian goods to be shipped into Gaza across its border, during the latest fighting as well. A government website says 5,359 truckloads of goods have transited the Kerem Shalom crossing with Gaza since July 8, the day the seven-week conflict erupted.

Israel has said it would facilitate the flow of more civilian goods and humanitarian and reconstruction aid into the impoverished territory if the truce was honored.

But, Cohen said: “(Hamas) will…not get a port unless it declares it will disarm. It will not get even one screw unless we can be sure it is not being used to strengthen Gaza’s military might.”

The Palestinian Center for Human Rights said 540,000 people had been displaced in the Gaza Strip. Israel has said Hamas bears responsibility for civilian casualties because it operates among non-combatants and uses schools and mosques to store weapons and as launch sites for rockets.