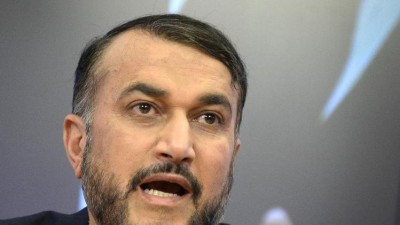 A senior Iranian official is in Saudi Arabia to try to repair strained relations between the regional rivals in the Gulf, Iranian media reported on Tuesday.

No further information was immediately available about the trip, the first by a high-level official from Shiite Iran to Sunni-ruled Saudi Arabia since Hassan Rouhani became the Islamic republic’s president in August last year.

“It is a step towards improving relations between Tehran and Riyadh,” Iran’s financial daily Donya-e Eghtessad wrote.

Amir Abdollahian had visited Riyadh in June, but that was for a meeting of the Saudi-based Organisation for Islamic Cooperation (OIC).

The authorities in Saudi Arabia had invited Iranian Foreign Minister Mohammad Javad Zarif, but he declined, citing the ongoing nuclear negotiations between Iran and the P5+1 powers.

Donya-e Eghtessad also quoted Amir-Abdollahian as saying a Zarif trip to Riyadh should “be prepared and protocol must be respected”.

Rouhani has stated his wish to improve relations with Iran’s neighbours, especially Saudi Arabia, the Gulf’s other regional heavyweight.

The two countries are on opposite sides in the Syrian conflict, with Tehran backing President Bashar al-Assad and Riyadh supporting the rebels trying to topple him.

In June, Rouhani warned that Muslim states which funnel petrodollars to jihadist Sunni fighters wreaking havoc in Iraq will become their next target.

“I advise Muslim countries that support the terrorists with their petrodollars to stop,” Rouhani said, referring to Saudi Arabia and Qatar which Tehran accuses of financing the jihadists.

“Tomorrow you will be targeted… by these savage terrorists. Wash your hands of killing and the killing of Muslims,” he added.

Saudi Arabia is also concerned about Iran’s nuclear programme and fears a rapprochement between Tehran and the United States in the context of an agreement on the nuclear issue.