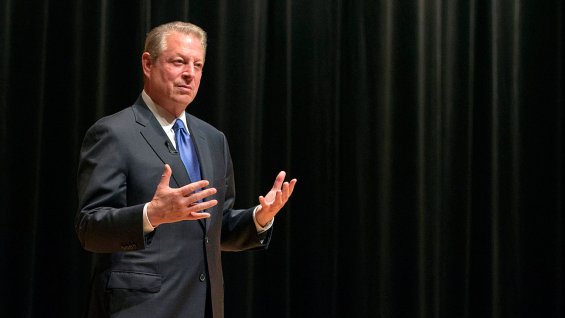 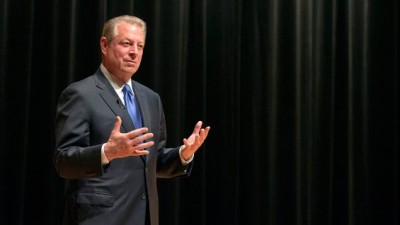 Last week, Al Gore and Joel Hyatt filed a lawsuit against Al Jazeera for withholding $65 million in escrow from the $500 million purchase of Current TV. The complaint was originally filed in the Delaware Court of Chancery under seal, and Gore’s attorney David Boies released a statement upon the filing that slammed Al Jazeera over an alleged attempt “to give itself a discount on the purchase price that was agreed to nearly two years ago.”

In reaction, Al Jazeera labeled Boies’ comments “misleading” and said that the fight was an “ordinary commercial dispute,” but Al Jazeera didn’t do much to take the tussle beyond a war of PR spin. The news organization hasn’t answered our inquiry into why it is objecting to the public release of the complaint.

Nevertheless the dispute comes into a little more focus, thanks to the filing on Thursday of a redacted complaint. And from what we’ve seen of this court document (see here), it might be argued that Boies was actually underselling the controversy.

In the broadest terms, at issue is whether Al Jazeera gets to hold onto money after fighting AT&T, Time Warner Cable, Dish Network and other distributors over carriage contracts. But there’s a lot more to this.

When Al Jazeera purchased Current TV to launch Al Jazeera America, it was believed that favorable distribution rights drove the $500 million purchase price. Indeed, Current was generating annual revenue of almost $100 million from these lucrative distribution agreements, according to the lawsuit. Since the transaction closed, however, Al Jazeera has been in court and in negotiating rooms quite a bit with distributors.

Al Jazeera has said publicly that the money in the escrow fund is “intended to indemnify” Al Jazeera, but the latest lawsuit presents another picture.

The escrow fund, says Gore’s lawsuit, has become “a reservoir from which to pull money to buy favor with [Al Jazeera’s] distributors.”

Although Al Jazeera has run into issues with distributors, Gore and Hyatt attempt to forward the proposition that they did everything they could to help launch Al Jazeera America. The lawsuit says that Hyatt personally intervened to get all of the distributors but TWC to consent to the Current TV sale. There’s also word that DirecTV only picked up AlJazeera America after a “ransom payment” came from Current.

Then there’s strong hints (in a section that contains numerous redactions) about the ramifications of Al Jazeera America’s distribution deal with TWC.

Initially, upon news that Al Jazeera would acquire Current TV, TWC dropped the news channel. The cable company already had an agreement with Al Jazeera over another network called Al Jazeera English, but it allegedly wasn’t a very favorable one. That prompted termination. A few months after TWC took Current off its dial, the cable company came around to an agreement to carry Al Jazeera America. But the deal had issues. “Like the prior AJE-TWC Agreement, the AJAM-TWC Agreement was ill-advised, one-sided and unprofitable for Defendant,” says Gore’s lawsuit.

That might have raised larger problems for Al Jazeera thanks to the inclusion of “most favored nation” provisions in Current’s old contracts with distributors. Under those MFNs, if Current TV gave one distributor a better deal, it was required to allow the other distributors the same.

“Defendant actually informed its other distributors that their respective MFN provisions had been triggered by the wildly one-sided terms of the new AJAM-TWC Agreement,” says the lawsuit. “As a result of the triggering of these MFN requirements, all of AJAM’s distributors received an enormous windfall — overnight, they went from [redacted] …The AJAM-TWC Agreement therefore effectively denuded the extensive revenue-generating distribution agreements that Plaintiffs had built for Current TV, turning what had been pure revenue for Current Media into net expenditures for Defendant.”

And now that Al Jazeera wishes to claw back tens of millions of dollars from the purchase of Current?

According to the plaintiffs, this represents “an attempt to get the Former Members [like Gore and Hyatt] to foot the bill for the financially disastrous post-acquisition business decisions” of Al Jazeera’s executives.

If the description of the lawsuit hasn’t yet gone beyond an “ordinary commercial dispute,” there’s more.

Gore and Hyatt allege that Al Jazeera hired a consultant who helped them realize they could “curry favor with the distributors at no cost by helping the distributors make claims against the sale proceeds remaining in the Escrow Balance, which proceeds rightfully belong to the Former Members.”

In other words, those lawsuits by AT&T and DirecTV against Al Jazeera, which Al Jazeera has fought tooth and nail to keep away from media outlets intent on inspection? There might have been more going on.

Al Jazeera allegedly concocted a plan to encourage distributors to file baseless claims so that Al Jazeera in turn could access escrowed money. Hyatt believes that he should have been informed about the claims and allowed to handle the litigation pursuant to the merger agreement. Instead, the lawsuit alleges that Al Jazeera put up a “weak defense” to claims from AT&T and DirecTV. And the result, says the lawsuit, was that Al Jazeera was “able to make payments to its distributors to keep them happy without spending a dime of its own money. Defendant hoped that currying favor with the distributors in this way would encourage them to renew or extend the distribution agreements AJAM inherited from Current TV notwithstanding AJAM’s dismal ratings.”

Gore and Hyatt blast the maneuver as an “underhanded tactic” and say it helps explain why Al Jazeera never availed themselves of the opportunity to use Gore and Hyatt to assist them in their new business. To do so, continues the complaint, “would have risked exposing Defendant’s plan to breach the Merger Agreement and raid the Escrow Balance to them, which was a risk that Defendant could not take.”