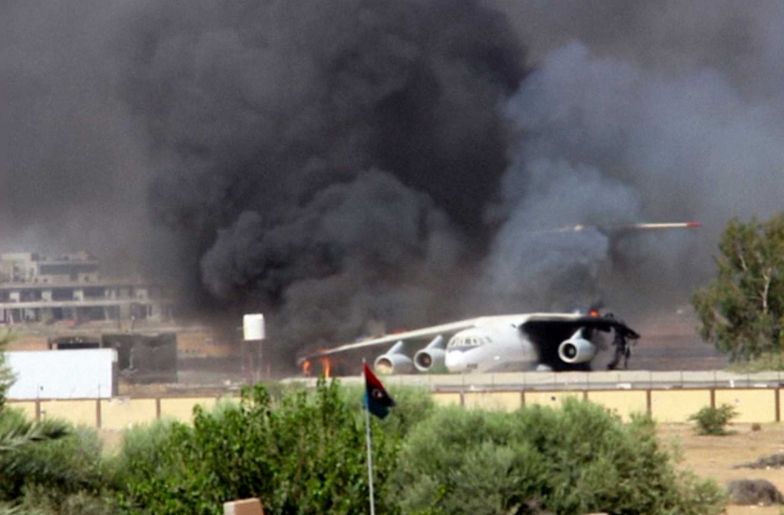 In this Saturday, July 26, 2014 frame grab from video obtained from a freelance journalist traveling with the Misarata brigade, shows an airplane on the tarmac of the airport belching black smoke into the air during fighting between the Islamist Misarata brigade and a powerful rival militia, in Tripoli, Libya.
Share:

CAIRO (AP) — The Libyan government is appealing for “international help” after several oil tankers caught fire amid clashes over the country’s international airport in the capital, Tripoli.

In a statement posted on its website on Monday, the interim government says the fighting between rival militias caused the huge blaze, which could trigger a “humanitarian and environmental disaster.”

The fighting has killed dozens of people.