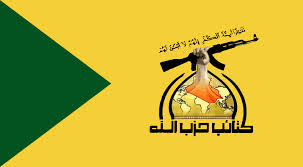 The Iraqi soldier says he abandoned the army last week in despair. And while he still plans to fight he will not rejoin the unit he deserted in the western city of Ramadi.

Instead, he wants to sign up as a volunteer, alongside tens of thousands of others, to help defend Shi’ite shrines against Sunni insurgents who have swept the country’s north and west and who he believes now threaten his sect.

“The officers brought us to the point where a soldier could either die or flee,” the 31-year-old said, asking his name be withheld to avoid punishment.

The deserter’s story illustrates a dynamic increasingly shaping a conflict that could tear Iraq apart: With the army’s northern divisions hard hit by desertions as key Sunni cities fell in June, Prime Minister Nuri al-Maliki’s Shi’ite-led government has leaned heavily on Shi’ite militias and volunteers motivated by a sense of religious duty.

In some areas, there are now at least as many Shi’ite gunmen and civilian volunteers as there are regular soldiers, volunteers and a militia spokesman said. Some go to the front, while others man checkpoints, guard bases and carry out raids.

Tens of thousands have been mobilized since Iraq’s top Shi’ite cleric issued a call to arms in response to the lightning offensive led by the Islamic State, a hardline Sunni group.

The effort probably helped security forces stave off total collapse. But the risks are high. Many new recruits are of little use on the battlefield. Deployment of Shi’ite militias in civilian areas could sharpen the conflict’s sectarian edge.

Hardline militias who fought U.S. troops before they withdrew in 2011 have surged back into prominence since the start of the year, battling first in the western Anbar province and Baghdad’s perimeter, and then leveraging the current crisis for fresh legitimacy and broader popularity.

Maliki, blamed by his critics for worsening the conflict, is unlikely to rein them in as he fights to stay in power.

A CALL TO ARMS

Volunteers in desert camouflage salute as they enter Colonel Ali al-Majidi’s office, a spacious room packed with ornate sofas, coffee tables, ashtrays and vases at a military base in the Abu Ghraib district west of Baghdad.

He said 1,200 volunteers have arrived to bolster his original force of over 3,400 troops since Grand Ayatollah Ali al-Sistani, Iraq’s most influential Shi’ite cleric, called on all men able to carry arms to fight the insurgency on June 13.

Their arrival has provided vital relief for Majidi’s men, who oversee a large area bordering Anbar, where insurgents control the two largest cities.

The volunteers were mostly given “second line” duties like searching cars and manning checkpoints, the colonel said, although a few were so eager they pushed ahead to the front lines on their own. “If they’re trained and they want to join their brothers, we will not say no,” he said.

Sistani’s fatwa, or religious edict, has ensured there is no shortage of such volunteers, many of them young men from poor Shi’ite areas who see volunteering as a solemn obligation.

More are signing up every day. Hundreds of sweat-stained men trudged across a dirt lot strewn with cardboard and plastic bottles in baking heat to register at a training camp in the northern Baghdad neighborhood of Sadr Kanat this week.

Inside, recruits crammed on to stained bunk beds in dark rooms decorated incongruously with images of flowers and waterfalls. Dozing in the midday heat, the men jumped to attention when an officer barked for them to present themselves to a visiting journalist.

No one hesitated when asked why he signed up. “The clerics’ call,” said one. “To defend the nation,” said a second. “To defend Iraq.”

“IT WAS A MISTAKE”

Most volunteers interviewed for this article were unquestionably enthusiastic – one retired security officer laughingly recalled a narrow escape from a roadside bomb – but even some Iraqi officials question how effective their deployment will ultimately be.

One 25-year-old fighter in Samarra, near the front line, said many new arrivals were too young or poorly trained to be useful.

One accidentally shot a comrade while riding behind him in a car, the fighter said. Another shot himself dead while holding his rifle between his legs without turning the safety on.

“It was a mistake for the government to send them,” the man said over the phone from Samarra, asking not to be named so he could speak openly. “Your fighters need to be ready or you will not be able to confront an organized enemy.”

He said his own unit of over 700 fighters had come under fire after rerouting from Anbar to Samarra last month, and more than two thirds deserted. Much of the ammunition they were given was poor quality, and water was sometimes so scarce some people drank from the river, he said.

Cordesman, of CSIS, said the usefulness of the volunteers was also limited by the number of quality instructors available.

“Untrained young men are going to be enthusiastic in combat for about six minutes on the outside,” he said.

An official in the prime minister’s office, who asked to remain unnamed, said volunteers who were not trained enough to fight hardened insurgents like the Islamic State (formerly ISIL), were not being put at risk.

“What I can say is that the government is taking the lives of these volunteers very seriously. These people are volunteering to defend Iraq rather than to just be sent out to their deaths,” he said.

The relative prowess of Shi’ite militias has helped the army slow the militants’ advance and stabilize the battle lines. 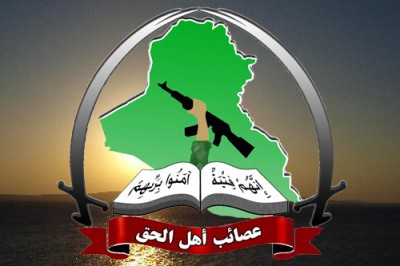 Iranian-backed groups Asaib Ahl al-Haq and Kataib Hezbollah, who have been fighting alongside government forces around western Anbar and Baghdad’s perimeter since winter, have become increasingly visible since northern Iraq’s largest city, Mosul, fell to militants on June 10, setting off the Iraqi forces’ collapse.

Asaib spokesman Ahmed al-Kinani said the group’s forces had been active in the eastern Diyala province, areas around Samarra and in the western and southern outskirts of Baghdad. He declined to specify how many fighters were operating, but said it was “thousands”.

Asaib’s “participation was clear,” Kinani said at an office in downtown Baghdad surrounded by concrete blast walls. The group had “fought side by side” with security forces as well as “at the forefront,” he said.

“We can say it’s an equal percentage. It doesn’t matter if there are 50 from here and 100 from here. The most important thing is the goal,” he said.

Followers of radical cleric Muqtada al-Sadr, who fought U.S. troops under the banner of the Mehdi Army during the 2003-2011 occupation, have returned as Sadr’s new “Peace Brigades.” The black-turbaned cleric was shown on television this week surrounded by aides in camouflage poring over maps of deployments around Samarra.

Iraqi officials were unable to provide a breakdown of the ratio of security forces to militias and volunteers in the field.

A Shi’ite lawmaker in Maliki’s State of Law list admitted deployment of the militias had been “chaotic” in the first week after Mosul’s fall when some carried out vigilante slayings in Baghdad, dumping bodies on the streets in an echo of the sectarian bloodshed that convulsed Iraq in 2006 and 2007.

“There were a lot of assassinations and killing. They were taking the law in their own hand,” he said. But “unaccountable” militias had now been brought under control, he said, and armed groups were helping to secure the capital and improving the army’s morale.

He credited them with filling gaps on Baghdad’s southern boundaries where security forces had been absent. “Some of the militias are very good fighters,” he added. “They are motivated and some of them are ready to die. When you think like this, you can face up to ISIL.”

Sistani, apparently wary of empowering the militias and fuelling sectarianism, has called for volunteers to stay within “the framework of the state” and has repeatedly stressed his initial fatwa applied to all Iraqis, not just Shi’ites.

Yet there is rarely much effort made to conceal Shi’ite domination of the process. Across Baghdad, images of Shi’ite saints adorn many checkpoints. At the training base in the capital’s north, a banner of a slain fighter from a Shi’ite militia hangs near the door where volunteers gather to register. Shi’ite clerics pace the halls inside, some in army fatigues.

Sunni communities have been shaken by the combination of volunteers and militias fanning out with the security forces.

Last weekend, a group of elite interior ministry forces and militiamen entered a rural Sunni area south of Baghdad in four-wheel drives and Humvees and detained 17 men after Friday prayers, a relative of one of the detainees said. Four were released after five days. The others are still being held.

“They take them to an unknown place. They don’t show any arrest orders,” said the family member, speaking on condition of anonymity.

Shi’ite communities have paid a heavy toll as well. One man who washes bodies before burial in the Shi’ite holy city of Najaf said he had seen at least 20 volunteers buried since Sistani’s call to arms.

One of the dead, Anwar Jassem Ouda, was shot in the eye as he fought around the insurgent-held town of Garma in Anbar.

His mother wept as she held his body and kissed his face. “My son,” she said. “I have raised you all these years to die.”