US tightens security at overseas airports for electronic devices 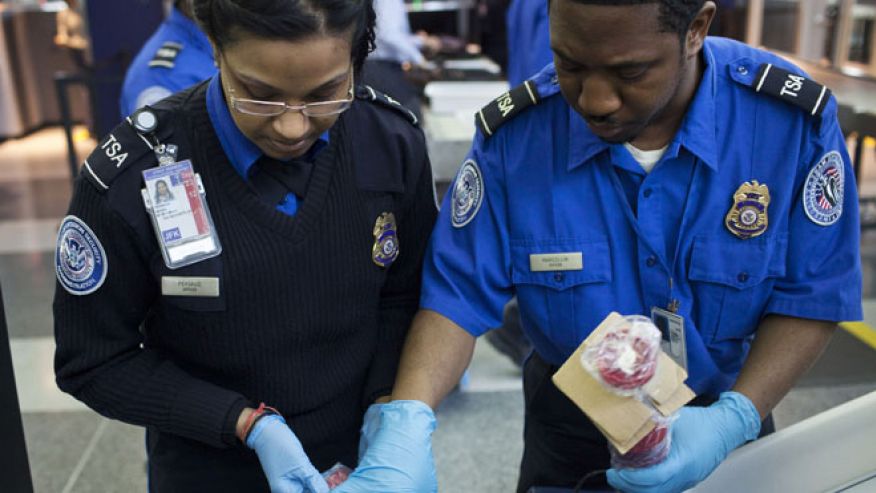 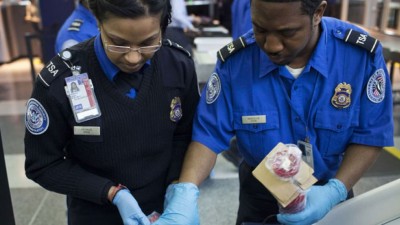 Passengers taking international flights into the United States now must have their cell phones and other electronic devices pass additional inspection before boarding planes, as part of the Transportation Security Administration’s most recent strategy to protect against the threat of a new type of terror attack.

The TSA said Sunday it is requiring only some overseas airports to conduct the additional inspections. The agency also said devices that fail to power up won’t be allowed on planes and that their owners might have to undergo extra screening before boarding.

“As the traveling public knows, all electronic devices are (already) screened by security officers,” the agency said in a release.

Homeland Security Secretary Jeh Johnson on Wednesday ordered the TSA to put extra security measures in place at some international airports with direct flights to the U.S., based on intelligence that suggests new Al Qaeda efforts to produce a bomb that would go undetected through airport security.

Some experts have suggested such a device would be planted in a laptop or other such electronic devices.

“Our job is to try to anticipate the next attack, not simply react to the last one,” Johnson said Sunday on NBC’s “Meet the Press.” “So we continually evaluate the world situation. And we know that there remains a terrorist threat to the United States. And aviation security is a large part of that.”

Johnson said he and others in the Obama administration would continue to evaluate whether the increased security will be applied to U.S. domestic flights.

The beefed up security is almost certainly a response to recent intelligence reports suggesting that Al Qaeda-linked terrorists in Syria are working with members of Al Qaeda in the Arabian Peninsula to blow up a commercial aircraft headed to the U.S. or Europe, as reported first by ABC News.

Americans and others from the West have traveled to Syria over the past year to join Al Nusra Front’s fight against the Syrian government.

One fear is fighters with a U.S. or Western passport — and therefore subject to less stringent security screening — could carry such a bomb onto an American plane.

Al Qaeda in the Arabian Peninsula has long been fixated on bringing down airplanes with hidden explosives. It was behind failed and thwarted plots involving suicide bombers with explosives designed to hide inside underwear and explosives hidden inside printer cartridges shipped on cargo planes.

An American Airlines spokesman said last week that the company has been in contact with U.S. officials about the new requirements but declined to comment further.

The United Kingdom also said it is increasing security measures “in conjunction with international partners and the aviation industry.” Officials also said they don’t anticipate significant disruptions for passengers and that they will not raise the terror-threat level.
Fpx News/AP