Grenade attack on cafe for serving food during Ramadan 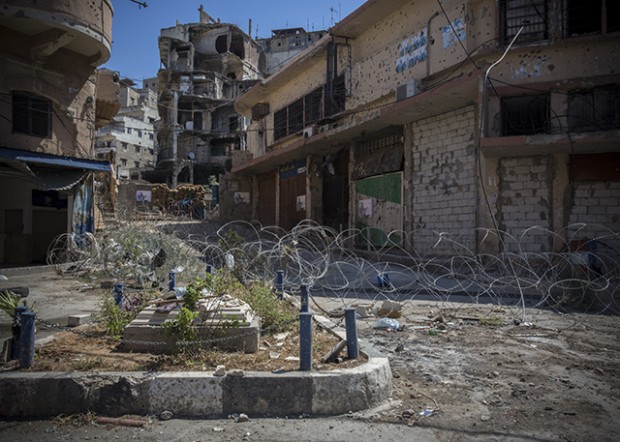 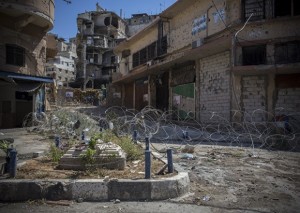 A grenade thrown into a cafe hurt four people on Wednesday in the northern city of Tripoli, security officials said.

The motive for the attack was not immediately clear, but there were suspicions the cafe was targeted for opening its doors during the Muslim fasting month of Ramadan.

“Four people, including two Syrian nationals, were injured when unknown assailants threw a grenade into a cafe in the Bab al-Tabbaneh district” in Tripoli, a security official told Agence France Presse.

The assailants approached the cafe on a motorbike and tossed the device in before escaping.

The official pointed out that “the cafe sells coffee during the day in Ramadan, when most residents are fasting,” without stating definitely whether that was why the establishment was targeted.

Bab al-Tabbaneh is a Sunni Muslim district in Tripoli that has frequently been involved in violence with the residents of neighboring Jabal Mohsen district, whose residents are Alawites — a Shiite Muslim splinter sect.

The city as a whole has been affected by the growing presence of religious extremists, especially after the outbreak of conflict in neighboring Syria, with Bab al-Tabbaneh particularly affected.

Wednesday’s attack comes after cafes and restaurants were warned against opening during daylight fasting hours in Ramadan in text messages and on social media in recent days.

One such message names establishments staying open, and says “these pigs are selling food and drink during the day and in view of everyone.”

It advises people “to deal with them in an appropriate manner,” without specifying further.

Last month, Tripoli municipal chief Nader Ghazal called on cafes and eateries in the city to “respect the sanctity of the holy month of Ramadan and particularly fasting Muslims.”

The call caused controversy, with activists saying it was a breach of personal freedom.

But Ghazal said it was a voluntary request, and that those who did not comply would not face punishment.

Lebanon is regarded as one of the most liberal countries in the Middle East, and even during Ramadan many cafes and restaurants remain open throughout the country to serve non-Muslims or those choosing not to fast.