1 Dead, 25 Hurt in the suicide bombing of Beirut’s Hezbollah stronghold 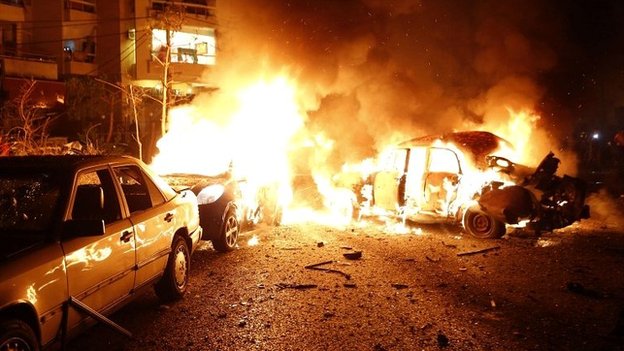 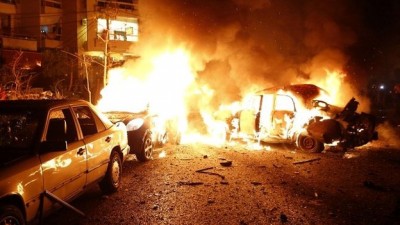 The overnight attack — the second such bombing this week — heightened fears that Lebanon was reverting to a cycle of violence after a few months of respite.

The explosion occurred near a checkpoint and a cafe in the Shatila area of the Lebanese capital just after midnight Monday. The area is a stronghold of the Shiite militant Hezbollah group, which has been heavily involved in fighting alongside President Bashar Assad’s army in neighboring Syria.

The state-run news agency said Tuesday that security officer Abdul-Karim Hodroj died in the explosion. It wasn’t clear if the checkpoint, where Hodroj was deployed, was the intended target of the attack.

Among the wounded were people who had gathered at a nearby cafe to watch World Cup match between Brazil and Cameroon.

The explosion also comes amid mounting regional tensions over dramatic events in Iraq, where the al-Qaida splinter group the Islamic State of Iraq and the Levant has seized large chunks of territory in the country’s north and west.

On Friday, a suicide bomber detonated his explosives-laden car near a police checkpoint in eastern Lebanon, killing a policeman and wounding several other people.

The bombings, coupled with the detention in Beirut of alleged militant sleeping cells on Friday, sparked fears of renewed violence in a country which has been buffeted by Syria’s conflict.

Syria’s civil war has spilled into neighboring Lebanon on multiple occasions and inflamed sectarian tensions. A series of car bombs have struck Shiite areas across Lebanon, killing dozens of people.

But Lebanon recently saw a lull in spillover attacks. Until last Friday, the last major explosion to hit Lebanon was on March 29, when a suicide bomber in an explosives-laden car targeted a Lebanese army checkpoint near the Syrian border, killing three people.

Hard-line Sunni groups have claimed responsibility for the attacks against Shiite areas, saying they are meant to punish the Lebanese Shiite Hezbollah movement for its involved in the Syrian civil war, where predominantly Sunni rebels are fighting to topple Assad.

The Lebanese are deeply divided over the civil war in Syria, with Sunnis largely backing the insurgency and Shiites siding with Assad.