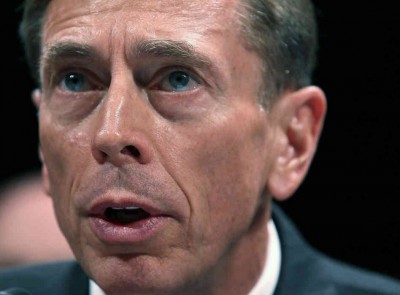 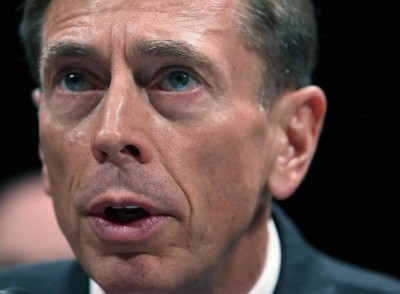 U.S. Gen. David Petraeus, who served as the top commander in Iraq, issued a blunt warning against U.S. military intervention to support of Baghdad’s government.

“This cannot be the United States being the air force of Shia militias or a Shia on Sunni Arab fight,” Petraeus told a London conference on Wednesday. “It has to be a fight of all of Iraq against extremists who do happen to be Sunni Arabs but extremists that are wreaking havoc on a country that really had an enormous opportunity back in 2011, has made progress in certain areas but has certainly not capitalized on that enormous opportunity in the way that we had all hoped.”

Maliki’s government has been roundly criticized for implementing policies that alienate and disenfranchise Iraq’s Sunni population.

“You cannot have 18 to 20 percent of the population feeling disenfranchised, feeling that it has no stake in the success of the country,” Petraeus told the audience at theMargaret Thatcher Conference on Liberty. “There has to be a government that is trusted by all elements of the society.

He added: “If America is to support, then it would be in support of a government against extremists rather than one side of what could be a sectarian civil war.”
In the American invasion of Iraq in March 2003, Petraeus commanded the 101st Airborne Division and then spent two-and-a-half years in the country, eventually being assigned the job of overseeing the rebuilding of Iraqi security forces.

But he made his biggest mark as commander of U.S. forces in Iraq – overseeing the “surge” strategy in 2007 which saw more than 20,000 additional troops deploy to the country.

He later went on to command the war in Afghanistan in 2010-2011 before taking the top job at the CIA.

Petraeus resigned that post in 2012 amid a scandal over an extramarital affair.