Shiite Militias Decamping From Syria to Fight in Iraq 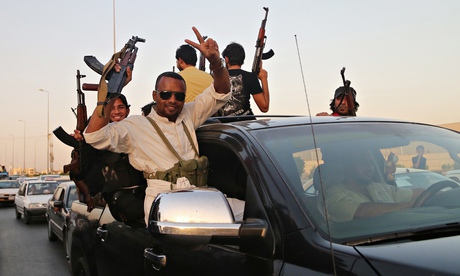 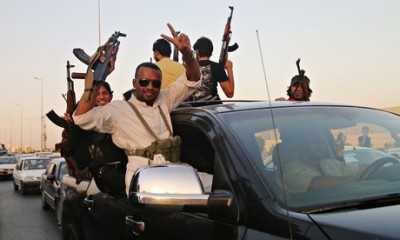 BEIRUT—Iraqi Shiite militias that have provided crucial support to President Bashar al-Assad on Syria’s battlefields are remobilizing to Iraq to help the government there fight off opposition forces closing in on Baghdad, diplomats and Syrian rebels say.

The mobilization away from Syria started in late December when antigovernment forces seized Iraq’s western Anbar province, but has recently gained pace as militants have taken more territory, including Mosul, Iraq’s second-largest city. Fighters from Hezbollah are filling the vacuum left in Syria by the withdrawing Iraqi militias, according to Syrian rebels and an official close to the Lebanese militant and political group.

Many of these Shiite militants are leaving Syria to fight alongside the Iraqi army, say Western and Arab diplomats, increasing the sectarian undertone of the conflict. The militants’ mobilization underscores accusations from Iraqi Sunnis that the Shiite-led government in Baghdad is dragging state institutions into a bloody sectarian war.

Iraqi Prime Minister Nouri al-Maliki and Grand Ayatollah Ali al-Sistani, the country’s most influential Shiite cleric, set off a massive mobilization effort last week when they called for all able-bodied men to fight off antigovernment forces. The opposition forces include the Islamic State of Iraq and al-Sham, a renegade offshoot of al Qaeda, and more moderate Sunni tribal leaders who have long accused Mr. Maliki of oppressing Iraq’s Sunni minority.

“The Iraqi Shiite militias are being pulled out from Syria to Iraq,” said an Arab diplomat focused on the conflict, adding that the move will worsen the conflict. “We’ve reached this point in Iraq because of the sectarianism of Maliki. ISIS didn’t capture these [Iraqi] cities with a few thousand fighters without Maliki providing the breeding ground for this situation.”

Two Western diplomats confirmed the withdrawal of Iraqi militias from Syria to Iraq.

At least a thousand Iraqi fighters in Syria have deployed to Iraq in the past few weeks according to reporting from militants on the ground, said Phillip Smyth, a researcher with the University of Maryland. Many of the fighters are from Asaib Ahl al-Haq, Arabic for the League of the Righteous, a militant group originally formed in 2006 to fight U.S. forces in Iraq. It has been active in Syria since 2012.

Since January, Asaib Ahl al-Haq militants known to have been active in Syria have been killed fighting alongside Iraqi security forces, first in cities and towns in Anbar province, Mr. Smyth said.

“Lebanese Hezbollah was doing simultaneous recruitment efforts before the Iraqi militias started pulling out of Syria. This was coordinated,” Mr. Smyth said in a telephone interview.

In Lebanon on Tuesday, Hezbollah leader Hassan Nasrallah warned that his forces were capable of sending fighters to Iraq to support Mr. Maliki, in comments made to As-Safir, a local newspaper sympathetic to Hezbollah. Mr. Nasrallah batted away concerns that Hezbollah is spread too thin fighting in Syria and protecting against Israel in southern Lebanon to join the fight in Iraq.

“We are ready to sacrifice martyrs in Iraq five times more than what we sacrificed in Syria, in order to protect shrines, because they are much more important than [Syria’s holy sites],” Mr. Nasrallah said.

Hezbollah justifies its presence in Syria in part by claiming that it is protecting holy sites important to Shiite Islam, particularly the Sayeda Zeinab shrine near Damascus, against groups like ISIS who seek to destroy them. The same argument has also been used by Iraqi Shiites militias and the elite Iran’s Revolutionary Guards Corps fighting in Syria.

The Lebanese official close to Hezbollah’s leadership, however, played down the withdrawal of Iraqi Shiite militias from Syria said . “Just as Hezbollah is prepared to fight Israel and reserve forces to fight Israel, it is prepared for Syria,” the official said. But he said Hezbollah is too occupied trying to defend against Sunni extremist groups in Syria and Lebanon to commit significant forces to Iraq.

Since last week, Hezbollah has increased security around its stronghold of Dahiyeh, a suburb of Beirut, out of concerns that ISIS gains in Iraq will inspire attacks in Lebanon, Lebanese security officials said.

Underscoring Hezbollah’s fears, ISIS recently published a map showing the group’s black flag over Lebanon, Syria, Iraq and Kuwait. ISIS has been able to create a continuous state spanning Iraq and Syria with battlefield gains made over recent weeks.

But the shift of Iraqi Shiite militants away from Syria could be problematic for Mr. Assad’s forces, which have come to rely on these their expertise fighting guerrilla warfare. Syrian rebels on the battlefield report that Hezbollah is struggling to fill the vacuum left by the much larger Iraqi Shiite militant groups.

There are up to 5,000 Hezbollah fighters operating in Syria and up to 8,000 Iraqi Shiite militants fighting in the country, according to a range of estimates, including from Mr. Smyth.

“We used to hear fighters with Iraqi accents on our radios, but now they have Lebanese accents,” said a Syrian rebel fighting government forces in Meliha, in the Damascus countryside. “Since last week, we haven’t seen as much shelling or storming of our positions.”

The Arab diplomat and Syrian rebels say ISIS is moving weaponry it captured from the Iraqi military to Raqqa province in Syria, where the militants have consolidated power. Â Â Many of these weapons were captured last week when militants overran Iraqi military bases like Speicher, in Tikrit and a command center at Mosul’s airport, ferrying away millions of dollars of equipment, some donated by the U.S.

“It’s safer for them to shift weapons to Syria. The Americans won’t hit Syria, they may hit them in Iraq,” the Arab diplomat added.

President Barack Obama said last week that he is considering several military responses to the crisis in Iraq, including airstrikes. But the U.S. has been reluctant to take direct military action ISIS’ Syrian arm, which emerged last year.

“I went with my father just west of Raqqa city where there is a big center to store weapons, and a convoy was passing ISIS checkpoints,” said Hadi Salameh, a 25 year old activist from Raqqa. “All the Humvees were registered in Mosul, it had it written on their license plates.”