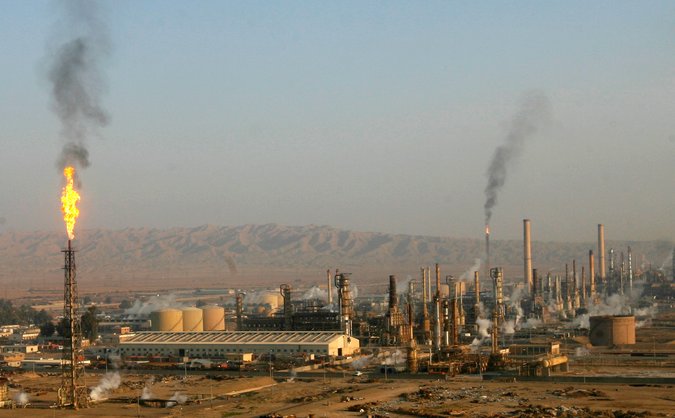 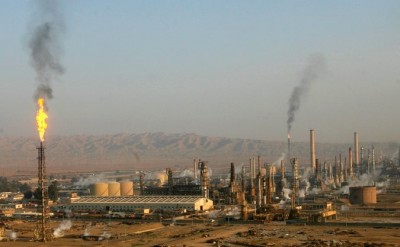 Iraq’s biggest oil refinery fell to Islamic extremists Wednesday morning, after army helicopter gunships failed to beat back an attack on the facility 130 miles north of Baghdad, according to refinery workers, eyewitnesses and an Iraqi army officer who fled the scene.

The facility at Baiji is the first operating refinery to fall to the fighters of the Islamic State in Iraq and Syria, or ISIS, who have swept through much of northern Iraq and had surrounded the refinery in Baiji for the past week, battling with a battalion of the Iraqi Army that had been backed up by air support. The capture of the refinery would provide a potentially rich source of income for ISIS, which already profits from its control of oil resources in eastern Syria.

An Iraqi military spokesman, Gen. Qassim Atta, flatly denied that the Baiji refinery had fallen in a televised statement that he made hours after ISIS fighters had apparently taken over the refinery.

“Baiji is now under control of our security forces, completely,” General Atta said, appearing on Iraqiya, the state television channel.

Reports from Baiji sharply contradicted that assessment. A refinery worker who gave only his first name, Mohammad, reached by telephone, said that the refinery had been attacked at 4 a.m. and that workers had taken refuge in underground bunkers. In the course of the fighting, 17 gas storage tanks were set ablaze, although it was not clear by which side. After taking heavy losses, the troops guarding the facility surrendered and at least 70 were taken prisoner, he said.

A lieutenant from the battalion guarding Baiji, also reached by telephone and speaking on condition of anonymity, said he had fled his unit when it became clear that it would not be able to hold out against ISIS forces.

Eyewitnesses in the area also reported seeing ISIS checkpoints controlling access to the sprawling refinery area, and smoke rising over the complex from numerous fires. 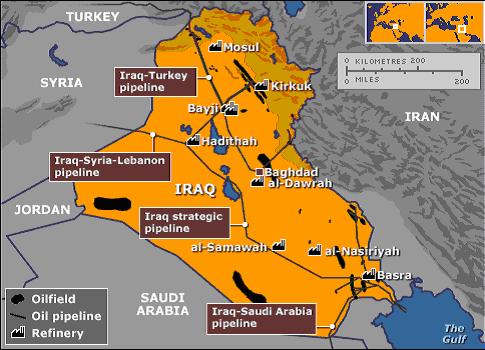 The attackers had besieged the refinery for the past week, after most of the surrounding Salahuddin Province fell under their control.

Foreign workers, including 50 from the German company Siemens and others employed by the security company Olive Group, had already been evacuated from the refinery, officials from both companies were quoted by news reports as saying. The complex, located about halfway between Baghdad and Mosul, Iraq’s second-largest city, includes the refinery — the largest in the country — as well as a 600-megawatt power plant, which supplies electricity to much of northern Iraq. The power plant had fallen to ISIS fighters earlier.

The refinery has the capacity to process 310,000 barrels of oil produced in northern Iraq, and provides refined products to 11 Iraqi provinces, including Baghdad, chiefly for domestic consumption.

General Atta, in his televised statement, said that Iraqi forces were continuing to fight in Baiji, and he praised the efforts of one air force pilot in particular in staving off the insurgents. “The air force is in the battle against them, with the support from the Golden Division of the Special Forces,” he said, referring to an elite unit that is reportedly under Prime Minister Nuri Kamal al-Maliki’s direct control. “We will continue our operations and we will not let anyone from ISIS take one foot of our lands.”

General Atta also said that Iraqi forces were making gains in several areas in the northern provinces of Salahuddin and Nineveh, and had retaken the city of Tal Afar, which was reported to have fallen to the militants on Monday.

He depicted a military situation that contradicted most reports from the field so far, saying that Iraqi forces had regained the initiative. “Now our forces are becoming stronger,” he said. “Now we are the ones who are taking the initiative and making the attacks, instead of defending.”

So far, the fighting has largely been isolated to cities in the north, including Mosul and Tikrit, where ISIS fighters have taken control. Iraq’s main oil fields and export facilities are clustered around the city of Basra in the south. International oil traders are worried that the unrest could spread, threatening supplies destined for export.

Iraq is the second largest oil producer in OPEC, representing the largest source of growth among the 12 member countries.

In a separate development, Indian officials have expressed concern about the fate of 40 Indian workers, who disappeared after ISIS forces overran Mosul, and about 46 Indian nurses working at a hospital in Tikrit that is under ISIS control. Indian newspapers on Wednesday quoted officials who said they were worried about the fate of citizens caught in the fighting in Iraq.

“Indian workers in Mosul disappeared, probably kidnapped by ISIS,” said Yassin al-Ma’amouri, the head of the Iraqi Red Crescent Society. “Nobody knows anything about them.”

Mr. Ma’amouri said Red Crescent workers had visited the Indian nurses at the hospital in Tikrit and had found them in good condition. “Nine of them are afraid to stay here, the rest are fine,” he said. “We visited them, gave them phone cards to call their families, gave them food, pocket money.”

“They are working in the hospital now and feel fine, but on the other hand we don’t know the reaction of those gunmen of ISIS,” he added.