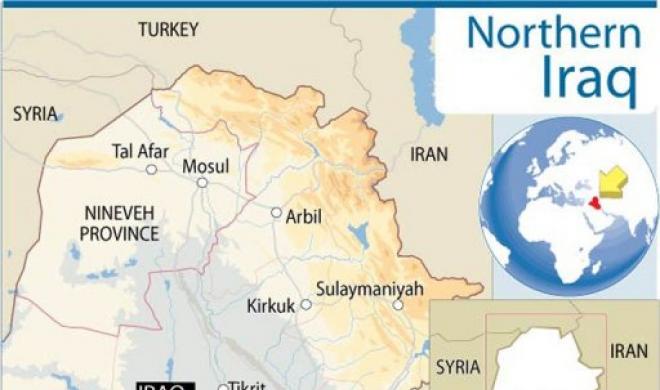 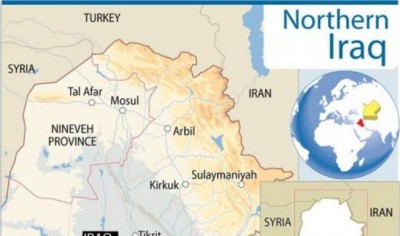 The insurgent offensive that has threatened to dismember Iraq spread to the northwest of the country on Sunday, when Sunni militants launched a dawn raid on a town close to the Syrian border, clashing with police and government forces.

As the rapid advance south by the Islamic State in Iraq and the Levant (ISIL) towards Baghdad appeared to slow over the weekend, fierce fighting erupted in the town of Tal Afar 60 km (40 miles) west of Mosul near the Syrian border, security sources and a local official said.

ISIL fighters and other Sunni Muslim armed groups have stormed several towns on the road to Baghdad after seizing Mosul nearly a week ago – an offensive which only stalled as it approached the mainly Shi’ite capital.

The advance alarmed both Prime Minister Nuri al-Maliki’s Shi’ite supporters in Iran and officials in the United States, which helped bring him to power after its 2003 invasion that toppled Sunni dictator Saddam Hussein.

U.S. President Barack Obama said on Friday he was reviewing military options, short of sending troops, to combat the insurgency, and Iran held out the prospect of working with its longtime U.S. arch-enemy to help restore security in Iraq.

Maliki’s security forces and allied militias regained some territory on Saturday, easing part of the pressure on his Shi’ite-led government, and officials said they were regaining the initiative. Maliki has vowed to rout the insurgents.

But Sunday’s fighting in Tal Afar, a majority Turkomen town which is home to both Shi’ites and Sunnis, showed how volatile the deepening sectarian divisions have become.

Residents in Sunni districts accused Shi’ite police and army forces of launching mortar fire at their neighbourhoods, prompting ISIL forces stationed outside the town to move in.

“The situation is disastrous in Tal Afar. There is crazy fighting and most families are trapped inside houses, they can’t leave town,” a local official said. “If the fighting continues, a mass killing among civilians could result.”

Government forces are using helicopter gunships against ISIL on the outskirts of Tal Afar, a member of Maliki’s security committee told Reuters.

Over Mosul, an Iraqi military jet came under anti-aircraft fire from ISIL fighters, witnesses said. It was not immediately clear whether it was preparing to attack ISIL positions or was carrying out reconnaissance.

In Baghdad on Sunday, a suicide attacker detonated explosives in a vest he was wearing, killing at least nine people and wounding 20 in a crowded street in the centre of the capital, police and medical sources said.

At least six people were killed, including three soldiers and three volunteers, when four mortars landed at a recruiting centre in Khlais, 50 km (30 miles) north of Baghdad.

Volunteers were gathered by army to join fighting to regain control of the northern town of Udhaim from ISIL militants.

They were some of the thousands who responded to a call by the country’s most influential Shi’ite cleric to take up arms and defend the country against the hardline insurgents, many of whom consider Shi’ites as heretics.

A series of pictures distributed on a purported ISIL Twitter account appeared to show gunmen from the Islamist group shooting dozens of men, unarmed and lying prone on the ground.

Captions accompanying the pictures said they showed hundreds of army deserters who were captured as they tried to flee the fighting. They were shown being transported in the back of truck and led to an open field where they laid down in rows and shot by several masked gunmen. In several pictures, the black Islamist ISIL flag can be seen.

Most of the captured men were wearing civilian clothes, although one picture showed two men in military camouflage trousers, one of them half covered by a pair of ordinary trousers.

“This is the fate of the Shi’ites which Nuri brought to fight the Sunnis,” a caption to one of the pictures reads. Others showed ISIL fighters apparently seizing facilities in Tikrit, Saddam Hussein’s hometown.

It was not immediately possible to verify the authenticity of the pictures.

Across the border, a Syrian government air raid hit near ISIL’s headquarters in the eastern city of Raqqa, activists said.

Raqqa, the first and only Syrian city to fall to insurgents since Syria’s conflict began more than three years ago, has been a major base for ISIL since it evicted rival rebels including al Qaeda’s Syrian affiliate during infighting this year.

The Britain-based Syrian Observatory for Human Rights said warplanes targeted the governorate building, a large structure in the centre of town, as well as two other buildings, including a sharia, or Islamic law, court.

Images posted by ISIL supporters online showed a hole surrounded by rubble in the pavement outside the governorate building, although the date and authenticity could not be verified. It was unclear if the building itself was damaged.

While expressing support for Iraq’s government, the United States has stressed the need for a political solution to a crisis threatening to fracture the country less than three years after the U.S. military withdrawal.

Secretary of State John Kerry told Iraq’s foreign minister in a call on Saturday that U.S. assistance would only succeed if Iraqi leaders set aside their differences and forged the national unity needed to confront the insurgent threat.

The United States ordered an aircraft carrier moved into the Gulf on Saturday, readying it in case Washington decides to pursue a military option after insurgents overran areas in the north and advanced on Baghdad.

Oil prices have risen to the highest level this year over fears of the violence disrupting exports from OPEC member Iraq.

Arab League Secretary General Nabil Elaraby said Arab foreign ministers will discuss the “dangerous situation in Iraq” at a meeting in the Saudi city of Jeddah in the next two days.

In Cairo, a meeting of Arab League ambassadors condemned the “terrorist danger” facing Iraq but did not discuss military assistance.