A plan to deal with the return of al-Qaeda 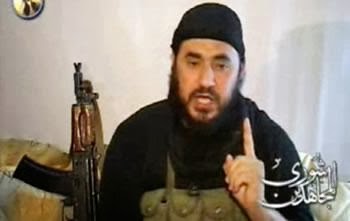 The capture Tuesday of Mosul, the hub of northern Iraq, by al-Qaeda-linked militants is an alarm bell that violent extremists are on the rise again in the Middle East. And it’s a good time for President Obama to explain more about how he plans to fight this menace without making the mistakes of the past.

Obama needs to alert the country to the renewed extremist threat partly to clarify the record. Just 19 months ago, he won re-election arguing that his policies had vanquished the most dangerous core elements of al-Qaeda. But the organization has morphed, and deadly new battles are ahead.

The campaign theme that the worst terrorist threat had been licked was vividly drawn in the third debate between Obama and Republican candidate Mitt Romney, on Oct. 22, 2012.

Romney tried to shake Obama’s optimistic narrative about al-Qaeda. “It’s really not on the run. It’s certainly not hiding. This is a group that is now involved in 10 or 20 countries, and it presents an enormous threat to our friends, to the world, to America long term, and we must have a comprehensive strategy to help reject this kind of terrorism.”

Obama countered Romney’s statement with his basic campaign mantra: “We ended the war in Iraq, refocused our attention on those who actually killed us on 9/11. And as a consequence, al-Qaeda’s core leadership has been decimated.”

Obama scored points later in that debate when he dismissed Romney’s concerns about Iraq. “What I would not have done is left 10,000 troops in Iraq that would tie us down. That certainly would not help us in the Middle East.” The transcript records Romney sputtering back: “I’m sorry, you actually — there was a — .”

Obama had the better of that exchange, certainly for a war-weary America that a few weeks later gave him a new mandate. But looking back, which picture was closer to the truth? Probably Romney’s.

The return of al-Qaeda isn’t Obama’s fault; there are too many complicated factors at work here. But it helps explain the seething rage of many Republicans about Benghazi. They argue that the attack there on Sept. 11, 2012, which killed four Americans, was an early warning sign of rising chaos and extremism in the Middle East — and that Obama made it through Election Day partly by minimizing this problem.

Much of the GOP fury on Benghazi is misplaced, imagining conspiracies that don’t exist and smearing the reputations of respected public servants. But there’s a piece of the Benghazi critique that’s real: Extremism is back and Benghazi was a precursor.

Obama made a solid start in framing a new counterterror strategy in his graduation address at West Point last month. “Today’s principal threat no longer comes from a centralized al-Qaeda leadership. Instead it comes from decentralized al-Qaeda affiliates and extremists,” he said. He proposed a new Counterterrorism Partnerships Fund of up to $5 billion, “which will allow us to train, build capacity and facilitate partner countries on the front lines.” Good idea, but progress has been too slow.

The administration is finally developing a serious strategy for Syria, which will include a CIA-trained guerrilla army to fight both President Bashar al-Assad and al-Qaeda extremists. In addition, (if skittish Arab allies agree), U.S. Special Operations forces will train Free Syrian Army units to create a stabilization force for liberated areas. If the ambitious plan moves forward, the hope is to train 9,600 fighters by the end of this year.

The extremist fire is burning hottest with the Islamic State of Iraq and Syria, which spans both countries. This group is so toxic that it’s disowned by al-Qaeda and is feuding with al-Qaeda leader Ayman al-Zawahiri. Senior U.S. intelligence officials tell me that ISIS is now recruiting fighters from some other affiliates, including the Yemen-based al-Qaeda in the Arabian Peninsula and the Somali-based al-Shabab.

Zawahiri, cautious and uncharismatic, “is not coping very well,” the intelligence official explains. The true heir to Osama bin Laden may be ISIS leader Abu Bakr al-Baghdadi, who is “more violent, more virulent, more anti-American” than Zawahiri, the official says.

The extremists are resurgent. After assuring America in 2012 that they were on the run, Obama now must frame a strong response that, as he rightly says, avoids the mistakes of Iraq and Afghanistan. That may be his real legacy issue.