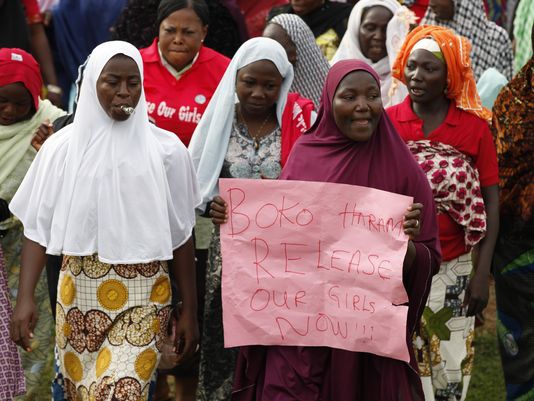 Four of the more than 200 Nigerian schoolgirls abducted last month from a village school by the Boko Haram insurgent group have escaped their captors, according to a local official, Nigerian newspaper reports.

Bana Lawan, chairman of the Chibok Local Government Area, said on Wednesday that the four girls escaped their captors on Tuesday, both the Daily Times and Punch newspapers report.

The Premium Times earlier quoted Lawan as saying that the girls had been freed after becoming ill. The Times initially reported the release on Twitter.

Lawan also says that 57 girls in all have fled their captors, leaving 164 still in the hands of the militant group. He says 221 were initially abducted.

More than 200 girls were kidnapped in the Chibok village in Borno state in mid-April by members of the Islamic fundamentalist sect.The group has threatened to sell them if the Nigerian government does not exchange them for imprisoned militants.

The reports of the abduction caused worldwide outrage. The United States has deployed surveillance drones, spy planes and about 30 civilian and military specialists to support Nigeria’s security forces in the search for the missing girls.

“The good news for the parents of the girls is that we know where they are, but we cannot tell you,” he said on Radio Nigeria. “We want out girls back, I can tell you that our military can and will do it. But we can’t kill our girls in the name of trying to get them back.”

Nigeria’s former president, Olusegun Obasanjo, has met with people close to the militant group to try to broker their release, the AFP news agency reports, quoting an unidentified source close to the talks.