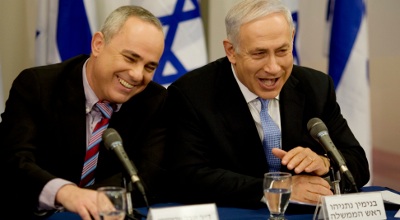 Israeli Intelligence Minister Yuval Steinitz on Saturday angrily denied the latest media charge of Israeli spying on its U.S. ally and said that someone was trying to sour bilateral relations.

“One gets the impression that someone is trying to sabotage the excellent intelligence cooperation between the United States and Israel,” state-owned Channel One TV and army radio quoted him as saying.

“In all my meetings with U.S. intelligence chiefs and the political officials who are responsible for them, I have not heard a single complaint about Israeli spying on the United States,” he added.

Newsweek magazine on Thursday said that during a 1998 visit to Israel by then U.S. vice president Al Gore a Secret Service agent surprised an intruder emerging from an air duct in Gore’s room, before his arrival.

“He hears a noise in the vent and he sees the vent clips being moved from the inside. And then he sees a guy starting to exit the vent into the room,” Newsweek quoted a senior former U.S. intelligence operative as recounting.

The agent “kind of coughed and the guy went back into the vents”, he said.

It was Newsweek’s second story on the topic this week.

On Tuesday it alleged that Israel spies on the United States more than any U.S. other ally does, and that these activities have reached an alarming level.

The main targets are American industrial and technical secrets, the weekly said, quoting classified briefings on legislation that would make it easier for Israelis to get U.S. visas, the Tuesday report said.

Israeli ministers rushed to deny the charge, saying that Israel was honoring pledges it made after Jonathan Pollard, a U.S. naval analyst, was arrested in Washington in 1985 and sentenced to life in jail for spying on the United States for Israel.

An Israeli army radio presenter on Saturday speculated that the allegations could be calculated to torpedo renewed Israeli attempts to get Pollard freed.

He quoted Steinitz as saying that on Tuesday he would meet U.S. Senate Intelligence Committee chair Dianne Feinstein to discuss the reports.