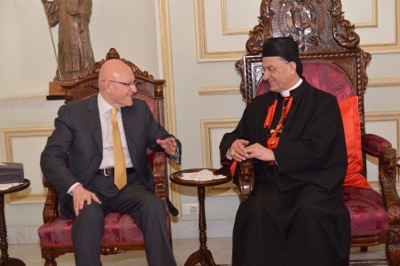 Lebanese Prime Minister Tammam Salam expressed optimism over the upcoming presidential elections and said that there is no reason the elections should not take place on time.

Speaker Nabih Berri called on the parliament to meet on April 23 to vote for a successor to President Michel Suleiman, whose term ends on May 25.

Suleiman called on MPs to attend the April 23rd Parliament session to ensure quorum is achieved.

“I do not want to stay three more years. As I have always been saying, I am an advocate of the rotation of power.” He said.