Not Geagea, not Aoun: Patriarch al-Rai says neither leader will be elected president 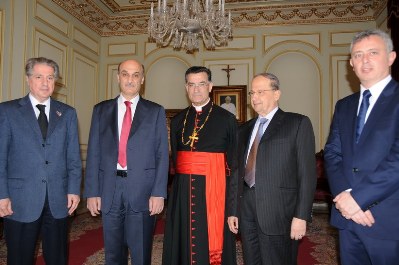 “The president must be consensual and accepted by the people so that he can gather warring parties instead of creating a new crisis,” Rai told Al-Joumhouria newspaper in remarks published Thursday.

However, Rai stressed that Bkirki did not support a certain presidential candidate.

“There are general characteristics that the [president] must have…he should have strong morals, integrity, history, faith in the Lebanese state as well as regional and international ties so that he can restore the role of state institutions and lead the country in the difficult times,” he said.

The patriarch also called on Speaker Nabih Berri to hold a parliamentary session to elect a new president.

Lebanon is set to elect a new head of state prior to the end of President Michel Suleiman’s mandate, which expires on May 25, to avoid any presidential vacuum.