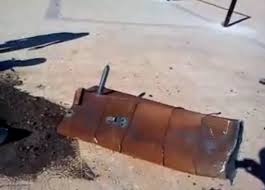 Syria’s warring parties are using ever more brutal tactics, including sieges, starvation and barrel bombs causing mass civilian casualties, a United Nations panel said on Wednesday, pinning some responsibility for the escalating violence on world powers that have failed to act.

Despite evidence of war crimes, members of the United Nations Security Council are “failing their responsibility to promote international peace and security by fighting impunity in Syria,” Paulo Pinheiro, chairman of the four-member panel, told reporters in Geneva. “We think accountability, fighting impunity will be a contribution to halt the crimes and violations that occur in Syria.”

Three years into Syria’s civil war, fighting has widened in scope and intensity as the warring factions seek to strengthen their bargaining positions ahead of the next session of the now-stalled Geneva peace process, with both sides increasingly dependent on foreign fighters, the panel said in its seventh report to the Human Rights Council.

Sieges and bombardment of civilian areas by both sides, but mainly by government forces, are causing mass civilian casualties and starvation, the report said, and hospitals, medical workers and humanitarian workers have been deliberately targeted.

Government and allied forces and armed opposition groups continue to commit war crimes like murder, hostage-taking, torture, rape and sexual violence, and using children for fighting, the panel said, documenting the abuses in gruesome detail, but “the warring parties do not fear being held accountable for their acts.”

The panel, which was set up in September 2011, has consistently called for the Syrian government to be referred to the International Criminal Court for possible prosecution, but that referral can be made only by the Security Council, where major powers are backing opposing sides in the conflict.

The panel said the failure of the Security Council to take action on grave violations of human rights had opened space for the proliferation of actors in Syria’s conflict, “contributing to the radicalization and escalation of violence.” It concludes, “The Security Council bears this responsibility.”

The panel and its team of investigators, denied government permission to visit Syria, said they based the report on 563 interviews with Syrians who had fled to neighboring countries, and on telephone conversations with people inside the country.

The panel said the government had regained control of several strategic areas through the use of heavy weapons, foreign fighters from the Iranian-backed Hezbollah and Iraqi militias, “particularly in critical operations,” but had failed to regain control of rural areas.

The government’s use of barrel bombs, which are relatively cheap and can be dropped by transport helicopters, has increased markedly in the last few months, according to the report, which said the aerial bombardment of opposition-controlled Aleppo had been “prosecuted with shocking ferocity.”

Opposition groups, increasingly fighting among themselves, have also shelled civilian areas but have increasingly adopted “asymmetric warfare,” including suicide bombings, car bombs, improvised explosive devices and land mines that may have been aimed at military targets but caused heavy civilian casualties.

Focusing on events from July to January, the panel found evidence that chemical weapons, mainly sarin gas, had been used on multiple occasions, citing the Aug. 21 attack on Ghouta, a suburb of the capital, Damascus, and two other attacks in early 2013.

Mr. Pinheiro said the panel had heard of 15 to 20 attacks with chemical weapons, but given the lack of access to Syria, the evidence was not sufficient to allow investigators to identify the perpetrators.

As a previous United Nations investigation noted, the panel said that whoever conducted the Ghouta attack had had access to the Syrian Army’s stockpile of chemical weapons as well as the expertise and equipment to manipulate large quantities of chemical agents.

Investigators described a “sniper campaign” by government forces in the northern city of Aleppo targeting civilians, including women and children. In October, doctors treated six pregnant women shot in the abdomen and, on one day alone, six men who had been shot in the groin.

The report, due to be presented to the Human Rights Council in mid-March, also implicates both sides in widespread use of torture. The panel identifies s a number of government security and intelligence agencies that are said to routinely torture detainees, and for the first time specifies opposition groups, including the Islamic State of Iraq and Syria and the Nusra Front, which it says committed crimes against humanity against prisoners in the town of Raqqa.

Photo: Barrel bombs have been dropped by Syrian army helicopters on residential areas in Aleppo region