Hezbollah Is NOT "Resistance". 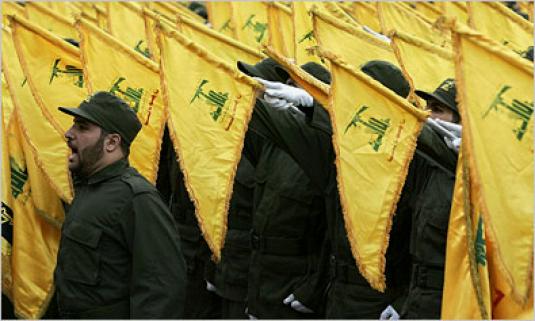 Every once in a while there is an attempt to confute what is otherwise clear. That usually occurs when an entity is not well served if the clear and unobstructed understanding of an idea or concept is to prevail. This is when it becomes essential to manipulate the truth and spin the facts in an effort to obstruct clarity and replace it by an intentionally false interpretation of reality that is masquerading as the truth. This type of obfuscation has been the primary rationale behind the self serving use of the term resistance by Hezbollah and its allies.

The unfortunate thing is that they appear to have succeeded in their effort to such an extent that very few if any, bother to call them on their misuse and even abuse of the term resistance. It is ironic that no one in the Lebanese political structure has found it important to set the record straight and to challenge Hezbollah on its misuse of the term that it seems to have monopolized.

The right to oppose any power be it a domestic leader or an invader can be traced over 2000 years. Historians speak of the Chinese who have initially solidified the right of people to rebel against their rulers when such rulers lose legitimacy and rule unjustly. This same right can also be seen in Islamic jurisprudence where it is said that “there is no obedience in sin”. The right to resist and wage revolution was also articulated clearly by Thomas Aquinas and later on by both the American and the French revolution about 250 years ago. If this is not enough then we must never forget the teaching of Thoreau about the right to use civil disobedience that was later adopted and applied successfully by Gandhi in India and Nelson Mandela in South Africa.

It is no secret that the right to self determination and the right to resist abuse, injustice and exploitation have been recognized as an inalienable right. Yes resistance is important and it is intrinsic. What it is not is the attempt to monopolize it by abrogating it to a subgroup of people who are intent on using pure raw military power to disenfranchise and even subjugate others. The right to resist, to dissent, to rebel and disobey belongs to all people, it is the most universal of ideas. It does not belong to one race, one religion, one subgroup or what is worse to one political party. Resistance as an idea is as close to sacred as one can get and any attempt to transform it to a provincial concept must be viewed as nothing short of sacrilege.

The Lebanese political system, an almost perfectly dysfunctional one to start with because of its sectarian base and political feudalism has been rendered perfectly dysfunctional by the Hezbollah PR machine that seems to have convinced practically everyone that the term “resistance” has only one meaning and that is to describe every kind of activity by the political party Hezbollah whether in the political, social, economic or even the military field. That is obviously totally flawed use of the term.

The cost of such a misuse of the term is great. One could easily suggest that the deep divisions in the current Lebanese body politic are directly attributable to this confusion. Those who are strongly opposed to the phrase “people, resistance, army” do so NOT because they do not believe in their right and in the right of all people all over the world to resist but because they do not believe for a second, and they are right to have such a belief, that resistance is not to be treated as a pure monopoly that belongs to a small group and that the group in question insists that it is entitled to be treated as a special entity that is above the law and that it can and does use its military privilege to dictate to the state. They demand support from everyone and are obligated to no one.  Once the concept of resistance is no longer used as if it is the private property of a sub group of society then I assure you that there would be no need to disagree about the meaning of a phrase whose meaning can be deduced from the Universal Declaration of Human Rights. Resistance belongs to all and is as intrinsic as any right can be. It is not the property of Hezbollah despite all its sacrifices in fighting the Israeli occupation forces.  The concept is what justifies the acts and not the reverse. Exclusivity in resistance is a contradiction , it is in its universality that resistance attains its sacredness.