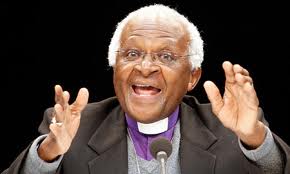 Desmond Tutu has urged Uganda’s President Yoweri Museveni not to sign the harsh Anti-Homosexuality Bill that would give up to a life sentence in jail for some same-sex relations.

South Africa’s retired Archbishop said in a statement Sunday that Museveni had pledged a month ago not to allow the anti-gay legislation to become law in Uganda.

But last week the President said he had reconsidered and would consult scientists on whether homosexuality is determined by nature or nurture.

Tutu, a Nobel Peace Prize winner, said he was “disheartened” by Museveni’s decision because there is “no scientific basis or genetic rationale for love … There is no scientific justification for prejudice and discrimination, ever.”

And he urged Museveni to strengthen Uganda’s “culture of human rights and justice.”

Last week, the President had insisted he would approve the legislation, prompting widespread condemnation from Western governments.

U.S. President Barack Obama said in a statement that the bill signals a “step backward for all Ugandans” and warned that enacting it would “complicate” the East African country’s relationship with Washington.

The bill is widely popular in Uganda, where it has been championed by Christian clerics and politicians who say it is necessary to deter Western homosexuals from “recruiting” Ugandan children.

It originally proposed the death penalty for a category of offenses called “aggravated homosexuality,” defined to include repeated sex among consenting adults as well as sex acts involving minors or a partner infected with HIV.

Amid international pressure, including the threat to withdraw aid by European countries such as Sweden, the death penalty was removed.

The bill before Museveni sets life imprisonment as the maximum penalty and imposes a 14-year jail term for first-time homosexual offenders.